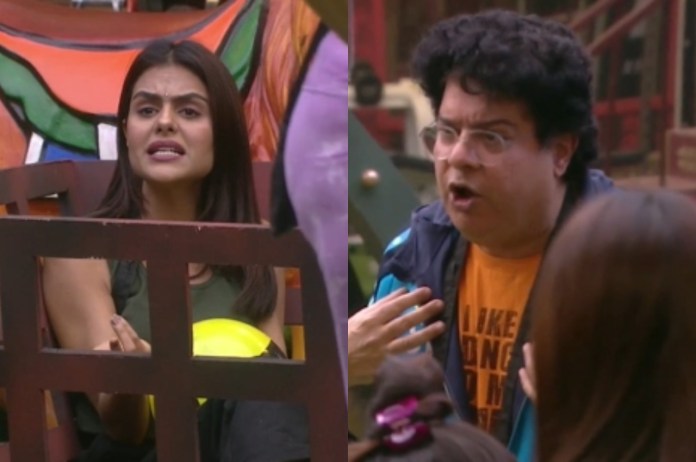 Bigg Boss 16 Update: In the reality show ‘Bigg Boss 16’, every week one contestant is cut off. Due to this, everyone wants to save themselves from nomination by becoming captain. The last episode of the show was very interesting and full of fights. During the captaincy task, Tina Dutta and Priyanka Chahar Chaudhary taught Sajid Khan a lesson by speaking in his accent. Fans are jubilant after watching the episode.

In the last episode of ‘Bigg Boss 16’, the captaincy task took place, and during this Sajid Khan was the director. He made his new rules during operations, due to which Priyanka Chahar Choudhary and Tina Dutta lashed out at him. Not only this, Tina was seen raising her voice like Sajid and teaching him a lesson in her style.

Also read:- Bigg Boss 16: Is Shalin Bhanot really into Tina Dutta or is it just a publicity stunt? WATCH

In this clip released by Colors TV, it is seen that Sajid Khan orders Priyanka Chahar Chaudhary to come out of the basket. Otherwise, he will disqualify them. On hearing this, Priyanka gets furious and says Sajid ji, why are you doing whatever you want? I have more balls, I will not come out of the basket. Sajid gets furious on hearing this and says I am the director, I can do whatever I want.

Seeing the arbitrariness of Sajid Khan, Tina Dutta’s anger also reaches the seventh sky and seen scolds Sajid for making new rules. Then Sajid asks Tina not to talk loudly. On this, Tina says that if you can raise your voice then I can too. Not only this, Tina even tells Sajid to talk to my hand. The fans liked the last episode of the show. Reacting to this clip, people have been seen demanding Sajid Khan’s ouster.