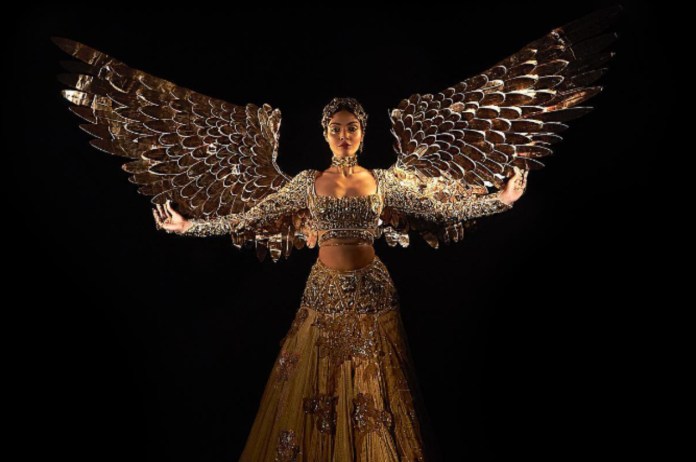 New Delhi: On Sunday evening in Mumbai, Divita Rai was crowned Miss Diva Universe in a magnificent celebration. The 23-year-old was crowned by Harnaaz Sandhu, the current Miss Universe 2021, who was stunning in a deep maroon gown. Divita, who will now represent India at the 71st Miss Universe pageant, was born in Mangalore, Karnataka, but she was raised in Mumbai.

She works as an architect by trade and has modelled. Divita pursued her passion for modelling while she was a student at Mumbai’s Sir JJ College of Architecture. She enjoys reading, music, playing basketball and badminton, as well as other sports.

Divita responded that she feels deeply about education because she has seen her father utilise it as a weapon to empower himself in the toughest of circumstances when asked about the causes and improvements she would bring to society if she were to win more sought titles later. If she could, she claimed she would make education available to everyone. My father used its [education’s] potential to overcome his financial situation and give himself the means to work and support his family, according to Divita.

Divita previously stated in an interview with Times of India that she travelled a lot as a child because her family had to move between different places in the nation. Divita claimed that she experienced changes and difficulties as a child, she views her ability to adapt as one of her greatest qualities. Her guiding principle has always been to “never fear change, enjoy life, and live each moment to the utmost,” according to the daily.

Also Read: Miss Universe 2023: When, Where to watch the beauty pageant