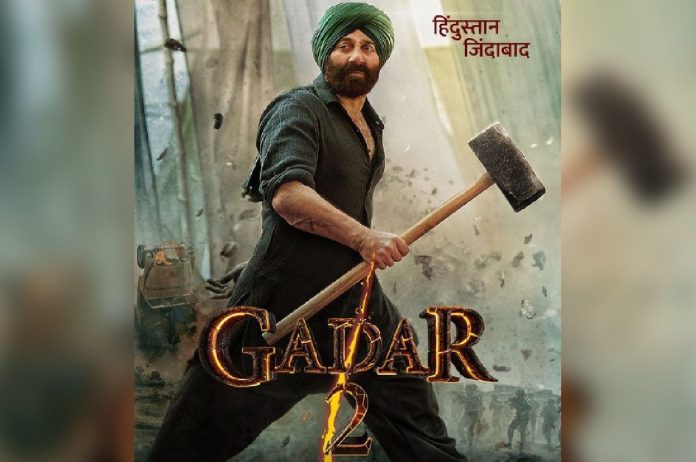 Gadar 2: Gadar, in which Sunny Deol played Tara Singh, is still a significant entry in his filmography. This year’s sequel features the actor’s return. You can now see Sunny Deol’s ferocious Tara Singh in the first Gadar 2 poster, which is sure to pique your interest. Not only that but the movie is scheduled for release on August 11, 2023, over the fourth of July holiday. On the same day, Animal, starring Ranbir Kapoor, will also be released..

While sharing the poster of the film on social media, Bollywood actor Sunny Deol wrote a caption that reads, “Hindustan Zindabaad Hai….Zindabaad Tha.. .aur Zindabaad Rahega! This Independence Day, we bring to you the biggest sequel in Indian cinema after two decades. #Gadar2 releasing in Cinemas on 11th August 2023. #HappyRepublicDay”

What Sunny Deol said about the film?

Anil Sharma, the film’s producer and director, said the project means more to him than just a movie. He said, “Gadar – Ek Prem Katha isn’t my film but it’s people’s film and dynamically shifted the paradigm of the Indian film industry. It went on to become a cult icon wherein people breathed Tara Singh and Sakina’s love story. We are absolutely thrilled to launch the first poster!”

Adding to it, Sunny Deol stated, “’Gadar – Ek Prem Katha’ has been an eminent part of my life, personally as well as professionally. Tara Singh from Gadar isn’t just a protagonist but went on to become a cult icon that defied all odds and crossed all boundaries for his Family and Love. Collaborating with the team after, 22 years was a creatively enriching experience.”

Ameesha Patel and Utkarsh Sharma also play major roles in the film, which is directed by Anil Sharma and made by Zee Studios.

Also read:- Raveena Tandon reacts to being honoured with Padma Shri, says ‘I owe this to my father Ravi Tandon’