Raveena Tandon reacts to being honoured with Padma Shri, says ‘I owe this to my father Ravi Tandon’ 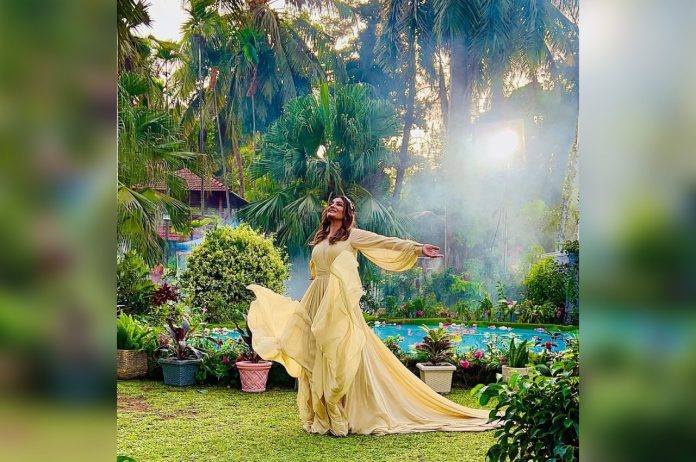 New Delhi: The Padma Awards for this year were revealed by the Indian government on January 25 in advance of the 74th Republic Day. The only actor to receive the Padma Shri award was actress Raveena Tandon. She is one of the 106 winners of India’s third-highest civilian honour. This occurs the day after Raveena was chosen to represent India as a delegate to the W20, the women’s empowerment engagement arm of the G20. Now the actress has responded to it. She gave her late father Ravi Tandon a special mention in her award.

Bollywood actress Raveena Tandon dedicated this award to her late father Ravi Tandon. She told ETimes, “Honoured and grateful. Thank you so much, Government of India, for acknowledging my contributions, my life, my passion and purpose – cinema and the arts, that allowed me to contribute, not only to the film industry, but also beyond. I thank all those who guided me through this journey of Art and Craft of Cinema – all those who held my hand through it, and all those who watched me from their place above. I owe this to my father – Ravi Tandon.”

An Indian producer and director, Ravi Tandon. He also had a writing job and was an assistant director. On February 11, 2022, Ravi died.

One of the highest civilian honours in the nation is the Padma Award. They are awarded in the Padma Vibhushan, Padma Bhushan, and Padma Shri categories. Various sectors of endeavour, including social service, public affairs, science and engineering, trade, and the arts, are recognised with awards. In the sphere of art, Raveena Tandon was awarded the Padma Shri. Suman Kalyanpur and Vani Jairam, two singers, and music director MM Keeravaani of RRR are also recipients of this year’s Padma Shri awards. Meanwhile, the Padma Vibhushan and the Padma Bhushan awards have been given to tabla master Zakir Hussain and singer Vani Jairam, respectively.

The Indian President will present the Padma awards in April or May.

In 1991, Raveena Tandon made her acting debut in Patthar Ke Phool. For her work, she received the Filmfare Award for New Face of the Year. She eventually gained recognition as one of the major heroines after taking on female leads in the films Shiladiyon Ka Kiladi, Mohra, Ziddi, and Diwale. She was well-known for the financially successful comedies she made with Govinda. Dulhe Raja, Anari No. 1, and Bade Miyan Chote Miyan are a few of the movies. Raveena did not limit herself to acting in comparable roles. She contributed to the arthouse film as well.

After getting married, she entered the television industry and established herself there as well. She last appeared in Chapter 2 of Yash’s KGF. Last year, Raveena was also spotted in Aranyak.