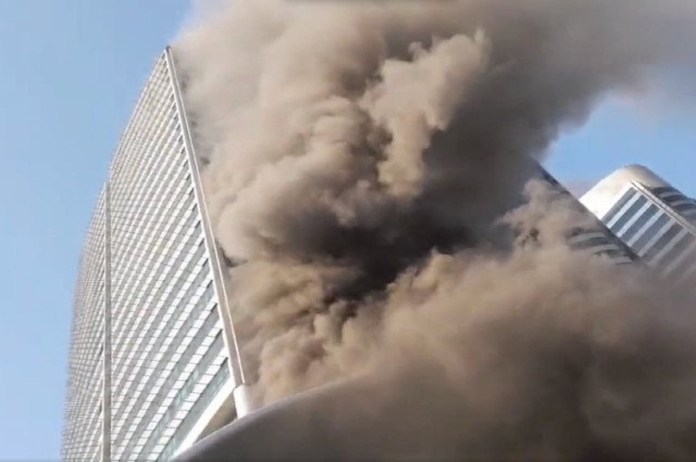 Islamabad: A massive fire broke out on the third floor of the Centaurus Mall in Islamabad on Sunday and is rapidly spreading across other floors, including the residential apartments located on the upper section of the building, media reports.

There have been no reports of casualties yet. Fire engines also rushed to the site of the incident to contain the flames, The Express Tribune reported.

The report said that a delay in the arrival of rescue teams has increased the intensity of the fire as it is rapidly spreading from the third to the first floor of the building, as well as the upper sections where residential apartments are located.

The fire broke out at the Monal restaurant, the report said, adding that the entire food court has now been engulfed in flames.

Officials are evacuating the mall to avoid any injury or casualties while the fire engines are trying to douse the blaze.