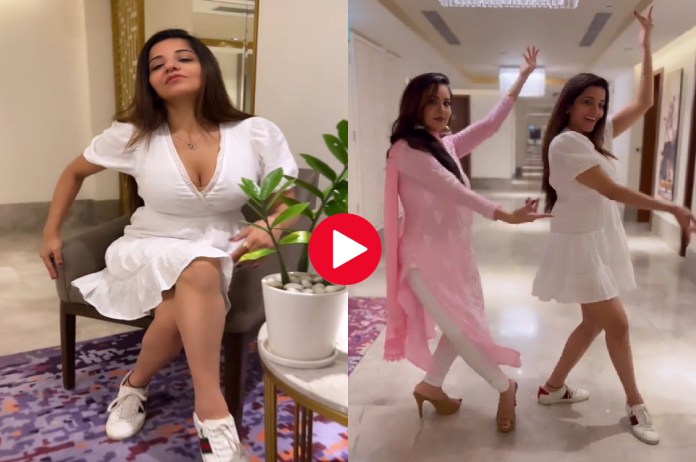 Video: Actress Monalisa, who has worked in Hindi serials including Bhojpuri films and songs, is very active on social media these days. The actress is often seen giving visual treats to fans through great content. Her latest video has come to the forefront, in which she is seen dancing and wreaking havoc on the hearts of people.

Monalisa has shared a video on her official Instagram account. In the video, she can be seen with Meghna Naidu, doing sexy moves on the song ‘Kaliyon ka chaman’. In the video, Monalisa is wearing a white outfit. While Meghna Naidu opted for a pink colour suit.

Both actresses are seen spreading fire in this video. Seeing which the senses of the fans are flying. Actresses are giving one expression after another in this latest post, seeing which people are going crazy. Sharing the video, Monalisa wrote in the caption – ‘This one’s for u my dear’. So far this video has got 10,620 likes. Also, users are constantly commenting on the video. Some have praised the performances of both, while some are calling them beautiful.