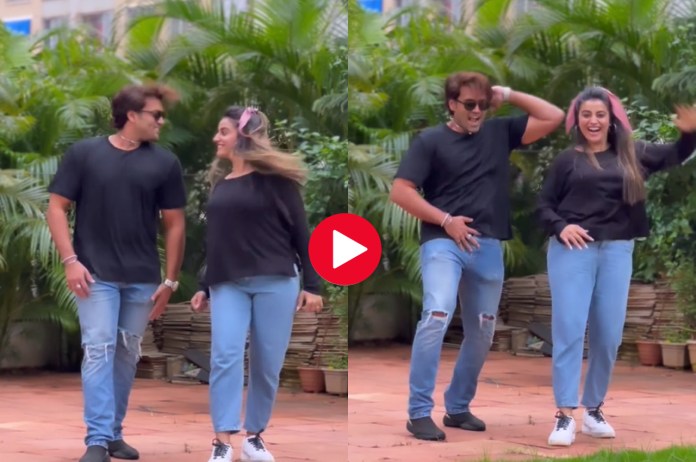 Bhojpuri Video: Akshara Singh, the most famous actress in the Bhojpuri industry, is often seen giving visual treats to fans through her beautiful posts. Fans are desperate to get a glimpse of the actress. Along with films, the actress is also active on social media. Once again, the actress is in the headlines for her video.

Akshara Singh has shared a video on her official Instagram account, in which she is wearing blue jeans paired with a black T-shirt. In which she is looking very cool. In the video, a man is seen with her and both are dancing. Akshara is doing a tremendous dance with the person in the song ‘Chura k dil mera’. Fans are losing their senses after seeing the actress’s style. Not only this, every single video of Akshara becomes a topic of discussion on social media.

In this video, the actress is making such a waist that everyone’s condition is getting worse after seeing it. Sharing the video, Akshara Singh wrote in the caption – ’90s songs ufffffff forever hit song n steps. Coz it’s trending.’ So far, this video has got 72,270 likes. Also, users are constantly commenting on the video.