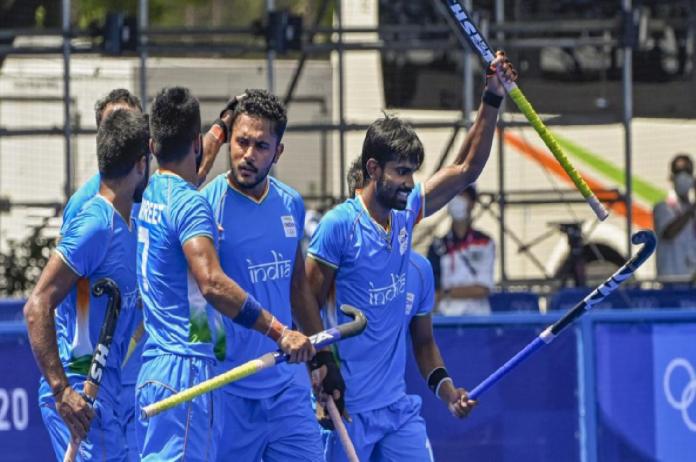 New Delhi: After playing draw against England on Sunday at Birsa Munda Stadium in Rourkela, Harmanpreet Singh and Co, find themselves in an uncomfortable situation. Indian men’s hockey team will now face Wales on Thursday, at Kalinga Stadium in Bhubaneshwar on Thursday, January 19.

Till now India has played two game in the tournament so far, India first defeated Spain by 2-0 goals and then moved toward the toughest competitor in the group stage England. The men in blues and three lions played the outstanding draw 0-0, but England was at the top of the table with goals difference. England had 5 GD points where as India is placed second with 2 GD.

Points Table of the Pool D

India and England both share equal points but England sit at the top of the pool. England has thrashed the Wales with 5-0, where as India defeated the Spaniard with 2-0 goals. That created the goals difference by 3 points.

For wales this tournament is already over they are at the bottom of the table.

Spain on the other side had some rays of hope. If they beat England and game between India and Wales close with draw, then Spain can go through.

This situation is vice-versa for India. But if England and Spain ends on draw then both the team will share 1-1 points each. But for Spain this tournament will end and India have to beat Wales or at lest India need a draw.

If India triumph in the next encounter with Wales then, India’s points tally will reach 7 and will be enough for India securing quarter-final place.

But if England defeats Spain then for India the game against Wales will be do or die match.

Change In the venue

India played comfortably at newly-constructed Birsa Munda Stadium, but for match against Wales they will travel to Kalinga Stadium in Bhubaneswar. But the venue Harmanpreet and boys should not change their focus.

India show-casted the mix game play, but for next encounter Indian team need to be ready any challenge that comes in their way from Wales. From goalkeeper to attacker everyone should play their their role with responsibility.