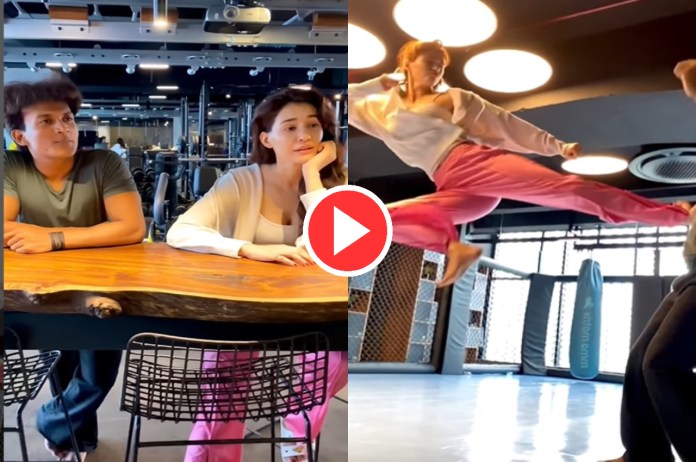 New Delhi: Bollywood’s fittest actress Disha Patani is often seen motivating fans for fitness with her workout videos and fit body. The actress recently shared a video in which she can be seen beating a man inside the gym. The video is going viral on the internet world.

At the beginning of the video, Disha is seen sitting on a chair with a man and asking for a protein shake from her trainer. Meanwhile, a bottle is placed in front of both of them, and there is a sound that there is only one protein shake left. After this Disha and that person reach the boxing ring. Here the actress is seen kicking the washer man with one punch after another and flying.

Disha will be seen in ‘Yodha’ with Sidharth Malhotra. The actress also has Project K with Deepika Padukone, Amitabh Bachchan and Prabhas.
Tiger, on the other hand, will be seen in ‘Ganapath’ with Kriti Sanon. The actor also has ‘Bade Miyan Chote Miyan’ with Akshay Kumar.