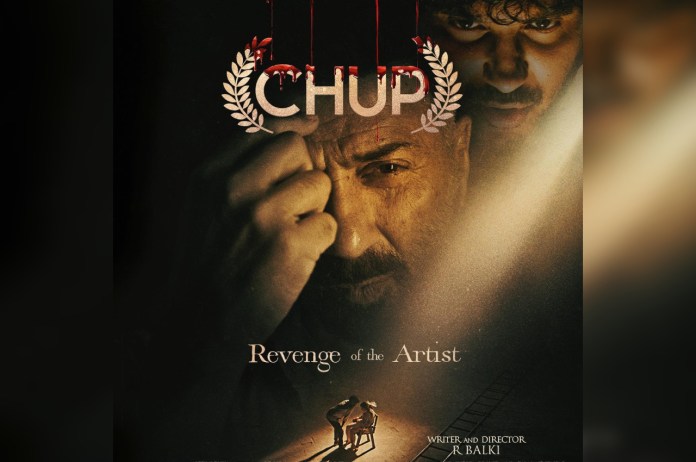 New Delhi: Bollywood superstar Sunny Deol is all set to come back on the screen with his upcoming psychological thriller film, Chup: Revenge Of The Artist, which will hit theatres on September 23, 2022. The film also stars Pooja Bhatt, Dulquer Salmaan, and Shreya Dhanwanthary in pivotal roles. Helmed by R Balki, who is well-known for movies like Cheeni Kum, Ki & Ka, Shamitabh, Padman, and Paa.

Earlier, the actor Sunny shared a motion poster of the film featuring Dulquer with the latter singing the ‘Sar Jo Tera Chakraye’ song in the background.

The film marks the return of Sunny Deol and Dulquer Salmaan to Hindi cinema after their  2019 films, Blank and The Zoya Factor respectively.

Talking about the movie, director R Balki told Pinkvilla, “Chup is special for more than one reason. For me, the biggest reason is it marks the official debut of Amitabh Bachchan as a music composer. Amitji saw Chup and played an instinctive original melody on his piano as he relived the film. It was his way of expressing his feelings for the film, paying a tribute. This composition, his gift to the film, will be the end title track of Chup. I don’t think there can be an artist whose sensitivity can beat Bachchan’s and Chup has his touch!!!”

The makers has unveil the teaser of the film on the occassion of late filmmaker Guru Dutt’s 58th birth anniversary. The teaser features the first glimpse of Dulquer Salmaan, Sunny Deol, and Shreya Dhanwanthary from the film.