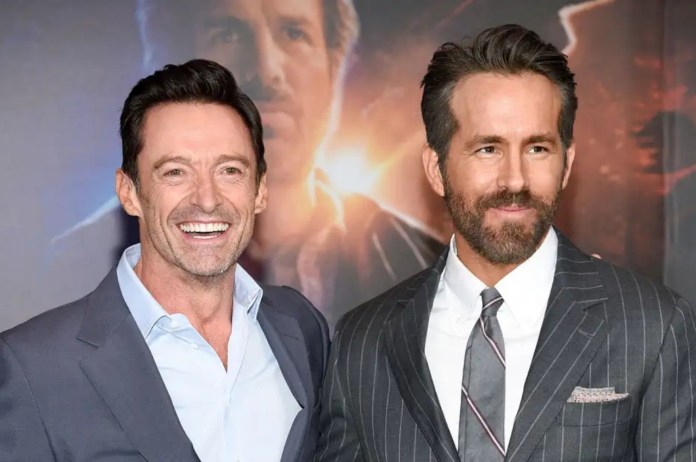 New Delhi: Ryan Reynolds beat them mid-week blue with a super-solid Deadpool 3 update. The actor took to social media to make the announcement of the year, confirming Hugh Jackman’s return as Logan aka Wolverine for the third instalment of the Deadpool franchise. Now, the Deadpool actor has shared another video, also featuring Hugh Jackman, where they answer most-asked fans questions related to Deadpool 3. But do they? Find out below.

Ryan Reynolds also listed a host of questions in the caption of the video, writing “Quick explainer video that tackles… 1) Timeline questions 2) Logan canon 3) MCU FAQ  4)  Whether we can do this all day or not”.

The explainer video starts on a promising note with Hugh Jackman assuring fans they will be answering questions. “How is Wolverine alive after Logan?” quips Hugh Jackman in the video, mentioning he had a lot of questions too. Explaining it, Ryan Reynold says, “Logan takes place in 2029. Totally separate thing. Logan died in Logan, Not touching that.” Well, that’s an answer. Reynolds then goes on to explain “what happens in our film is that these two f***ing guy…” followed by upbeat music as the two keeps mouthing, pretending to answer. But did you really count on Ryan Reynolds to give out spoilers? Check out the video below:

Earlier in the day, Ryan Reynolds took to his social media platforms to share the good news with fans, in very Reynolds-Wade Wilson way with a video which shows the ‘Deadpool’ actor expressing how sad he is to have missed D23, referring to the Disney D23 Expo. “Hey everyone, we’re extremely sad to have missed D23, but we’ve been working very hard on the next ‘Deadpool’ film for a good long while now,” Reynolds says in the video.

‘Deadpool 3’ will be directed by Shawn Levy, who recently collaborated with Reynolds on ‘Free Guy’ and ‘The Adam Project’.