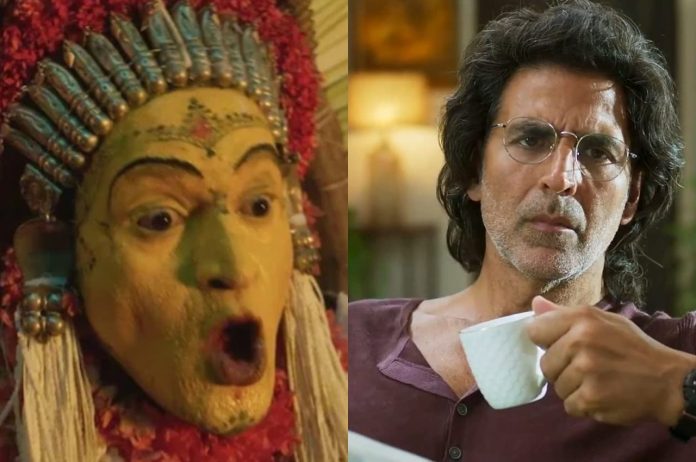 New Delhi: The Kantara craze is still going strong! The Hindi version of the Kannada movie scored better at the box office even though it was out much earlier than Akshay Kumar’s Ram Setu. When it debuted on October 25 at Rs 15.25 crore, the film, which also stars Jacqueline Fernandez and Nushratt Bharuccha, seemed promising. Later, it did ok business. The collections, however, are currently declining daily. Even Kantara took over some of its programmes.

The film, which was also released on October 25, fought hard against Ajay Devgn and Sidharth Malhotra’s Thank God. However, the Rishab Shetty film Kantara, which is currently causing a stir in theatres, outperformed the Akshay Kumar-starring film. Kantara, which was written, produced, directed, and starred Rishab Shetty, made over Rs 250 crore at the box office worldwide, including an astounding Rs 42.95 crore in 17 days in Hindi.

The movie had a higher attendance rate in the theatres than Ram Setu and Thank God. As a result, according to Bollywood Hungama, the distributors chose to substitute Kantara for a few weekend showings of the two Bollywood movies.

However, as his flicks Bachchhan Paandey, Samrat Prithviraj, and Raksha Bandhan underwhelmed at the box office, the film emerged as Akshay’s best opening film of the year.