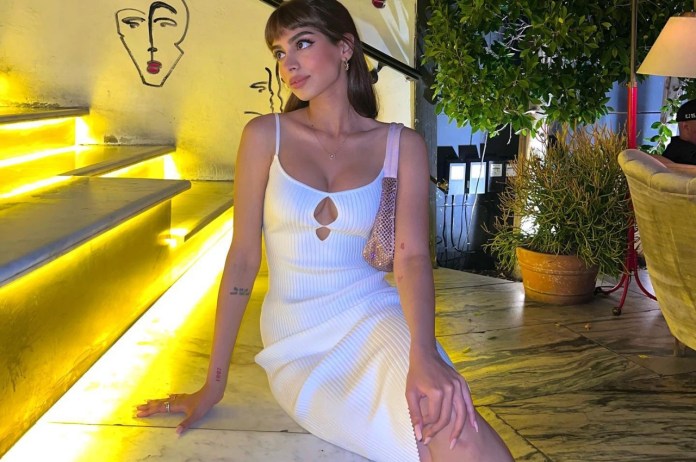 New Delhi: One of the most talked-about starlets of our generation is Khushi Kapoor. She will make her big screen debut in Zoya Akhtar’s The Archies, which also features Suhana Khan, the daughter of Shah Rukh Khan, and Agastya Nanda, the grandson of Amitabh Bachchan, who also make their debuts in the movie business. The famous star Sridevi and Boney Kapoor’s daughter was already a Bollywood diva before she entered the entertainment industry since she makes it a point to turn heads wherever she goes with her immaculate sense of style.

The youngest daughter of Sridevi has a large following on social media and keeps them interested by posting regular updates about her personal and professional lives. Khushi recently shared fresh photos with her fans on her social media account via her Instagram account. The celebrity child seemed lovely as usual in the photographs while donning a white knit bodycon dress with a cut-out. She was carrying a Prada mini-bag in pink satin. She wore her hair loose and added glam makeup to complete her ensemble. Khushi further displayed her Becky bangs. In contrast, she was seen posing with a pal in the second photo.

Speaking of The Archies, it is a popular Archie comic book adaption. Agastya Nanda will play Archie Andrews, Suhana will portray Veronica Lodge, while Khushi will play Betty Cooper. Mihir Ahuja, Dot, Yuvraj Menda, and Vedang Raina all also play key roles in the movie. A trailer for the movie and a first look with the ensemble cast dressed in eye-catching costumes were published by Zoya Akhar in May. It is set in 1960s India and will stream on Netflix in 2023. The Archies will be produced by Zoya Akhtar and Reema Kagti for Tiger Baby and Sharad Devarajan for Graphic India. It is written by Kagti, Akhtar, and Ayesha DeVitre.