Happy Birthday Shabana Azmi: Here are some facts about the actor 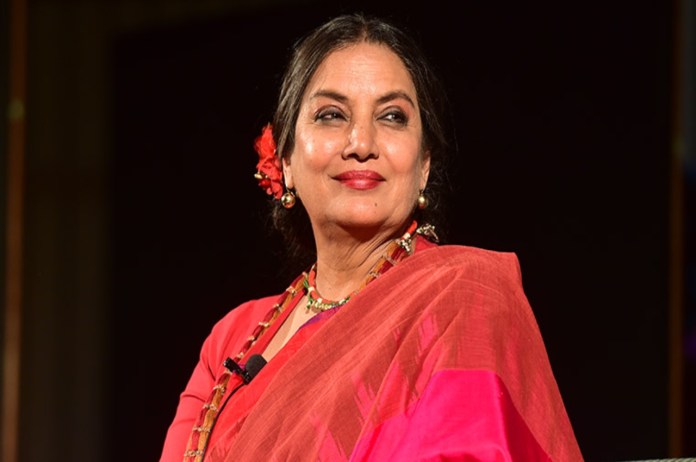 New Delhi: Shabana Azmi is one of the best and most beautiful actresses in Bollywood. Shabana has given many superhit films in Hindi cinema. She carved a niche for herself in the hearts of the fans by playing many more different characters on screen. Today Shabana Azmi is celebrating her 72nd birthday, and on this special day, let’s read some amazing facts about her.

Shabana Azmi was born on 18 September 1950 in Hyderabad. His father late Kaifi Azmi was a poet and his mother Shaukat Azmi worked in theatre and films. She studied till Class 12 in Mumbai, after which she joined St. Xavier’s College and took a degree in Psychology. With this, she did an acting course and then entered Bollywood.

Also Read :- Janhvi Kapoor’s sexy white dress can be perfect fit for your next weekend party, check out

Shabana Azmi was first seen in the film ‘Ankur’ which was released in the year 1974. She has worked in more than 100 films till now. Shabana is one such actress of Hindi cinema who moulds herself in every character.

Actress Shabana Azmi also won many awards for her strong acting. She has won the National Awards 5 times including the National Award for Best Actress for her debut film ‘Ankur’. She was also honoured with Lifetime Achievement Award and Filmfare Award, IIFA Award and Zee Cine Award.

Talking about Shabana Azmi’s personal life, she married Javed Akhtar in 1984, this was her second marriage. Before Shabana Azmi, Javed was married to Honey Irani and had two children named Zoya Akhtar and Farhan Akhtar who are famous directors of Bollywood. Shabana Azmi is still active in Bollywood and she is among the big and famous actresses of cinema.