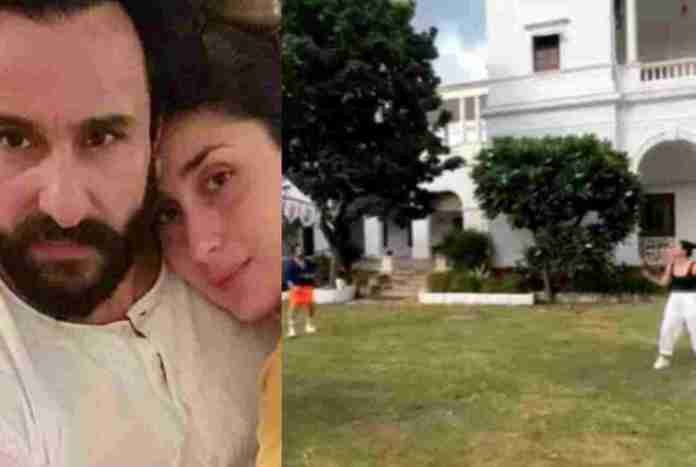 New Delhi: Kareena Kapoor Khan shared a video of her and her husband Saif Ali Khan playing badminton at the Pataudi Palace. Kareena and Saif along with their kids Taimur and Jeh had flown to their ancestral home on Saturday.  In the caption, Kareena also challenged her best friend Amrita Arora.

Sharing the video, Kareena wrote, “Some Monday sport with the husband… not bad. Amuuu are you ready for the game? @amuaroraofficial. #Reels #ReelsInstagram #MondayMorning #ReelItFeelIt.” In the video, Kareena is wearing a black tank top with white trousers, while Saif donned orange shorts with a blue shirt.

Meanwhile, on the work front, Kareena was last seen in Laal Singh Chaddha. Up next, the actor will next feature in Sujoy Ghosh’s The Devotion of Suspect X.  She also has a project with Hansal Mehta. Last year, on August 10, the Aligarh director shared a photo with Kareena and producer Ekta Kapoor. In the caption, Hansal expressed that he is thrilled to work with the two stars of Bollywood. “They are incredible women and I’m thrilled to be working with them (and to be in the same frame as them) Looking forward to this journey Kareena Kapoor Khan and Ekta Kapoor (Sic),” he wrote in the caption.