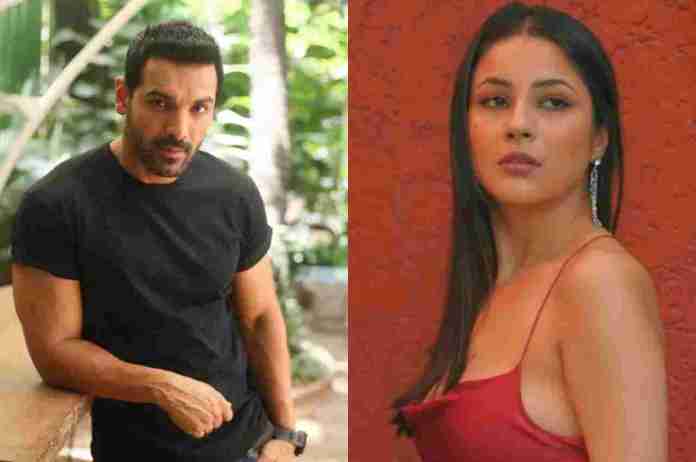 New Delhi: John Abraham has announced a new project. The film, titled ‘100%’, will also star Riteish Deshmukh, Nora Fatehi and Shehnaaz Gill in key roles. A family-drama, 100%, is produced by Bhushan Kumar and Amar Butala. The Sajid Khan movie, which is set in the crazy world of spies and against the backdrop of the grand Indian wedding, appears to be a joyride full of chaos, comedy, and action. The movie is scheduled to begin production in early 2023, with a Diwali 2023 release date.

Taking to his Instagram handle, John Abraham shared the first look of the film. Although the look of the actors has not been disclosed in the first look, but fans are overjoyed with this all new pairing. The video shard by the actor says ‘20% Comedy, 20% Romance, 20% Confusion, 20% Music, 20% Action, together we’re 100%’. Sharing this video, John wrote, “A roller coaster comedy packed with action, music and spies! We guarantee you a #100Percent entertainer!! Diwali 2023 just got bigger!! Are you ready??”

Other than ‘100%’, John also has Pathan with Shah Rukh Khan and Deepika Padukone. A recent Pathana motion picture featuring John Abraham was shared by Shah Rukh Khan on his Instagram account. John Abraham enters the frame as a time bomb starts to tick and explode, setting off a huge fire that then goes out in the motion poster. With a gun in his hand, he has a sharp appearance in white tee and brown pants. He directs his attention to the camera while wearing an intense expression. Pathaan is expected to release in January next year.