Gauhar Khan gets pregnant after 2 years of marriage, shares VIDEO 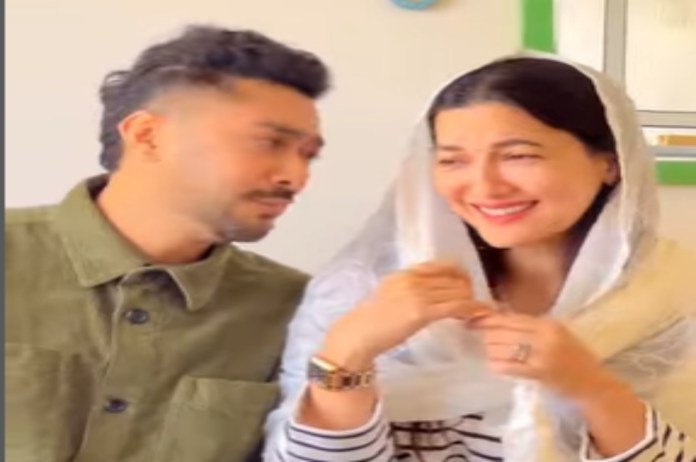 New Delhi: TV industry’s famous actress and ‘Bigg Boss 7’ winner Gauhar Khan is about to become a mother. This information has been given by none other than Gauhar Khan himself. The actress has announced her pregnancy by sharing a funny video on social media. After this news, there has been a wave of happiness among his fans. Everyone is congratulating the actress fiercely.

Gauhar Khan married choreographer Zaid Darbar on 25 December 2020. Now the couple has announced their first child among the fans. The actress shared an animated video tagging husband Zaid Darbar. In this, the couple is talking about having two to three soon. The video talks about the arrival of a little guest in Zaid and Gauhar’s life.

Along with the fans, celebs are congratulating the couple on this special occasion. TV stars Kishwer Merchant, Sophie Choudhary, Yuvika Choudhary, Kriti Kharbanda have also congratulated the couple.

Read More :- HAPPY BIRTHDAY GOVINDA: ACTOR SIGNS 50 FILMS AT AGE OF 22, CHECK OUT HOW HE BECAME BOLLYWOOD’S ‘HERO NO.1’

Talking about the work front, these days Gauhar Khan is rocking the web and OTT platforms leaving the small screen. With her brilliant acting chops, Gauahar Khan has impressed the audience with OTT space releases including Tandav, Salt City and Bestseller.

Recently, Gauahar Khan was seen with husband Zaid Darbar in the song ‘Baarish Mein Tum’ by Neha Kakkar and Rohanpreet. The chemistry of both was well received by the audience. Talking about Gauhar Khan’s career, she has worked in many TV shows. Gauhar got tremendous popularity from Salman Khan’s reality show ‘Bigg Boss 7’. Apart from this, item songs ‘Chhokra Jawaan Re’ and ‘Jhalla-Valla’ were superhit in Gauhar Khan’s film ‘Ishaqzade’.