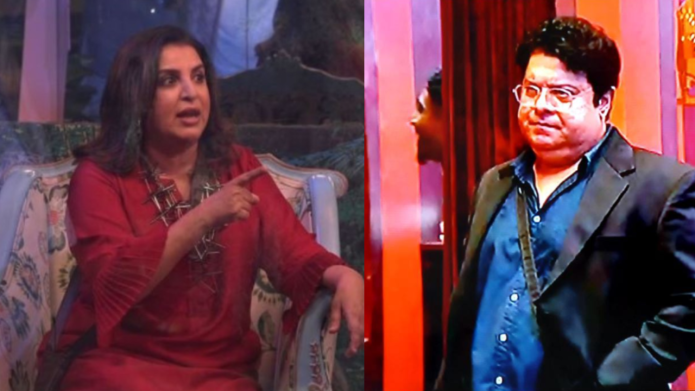 Bigg Boss 16 Update: One of the most emotional weeks on Bigg Boss 16 is about to take place, as the housemates will not only get to meet their families but also stay with them for a few days. Some of the candidates’ family members engaged in a contentious debate in front of the camera during Weekend Ka Vaar.

As per media reports Farah Khan, a well-known choreographer-turned-filmmaker, will be entering the Bigg Boss 16 house to support her brother Sajid Khan. Reports say Farah will be celebrating her birthday on the BB sets, which is on January 9.

She entered the home a while ago and is currently on the sets. Farah Khan, who is renowned for cooking delicious Biryani, brought treats for the competitors. For Abdu, Farah has Veg Pulao, Khatta Aloo, Yakhni Pulao, and Burger. Farah continues by praising the residents.

Farah Khan says she got three brothers in Shiv, Abdu, and MC Stan

She reveals to MC Stan, Abdu Rozik, and Shiv Thakare that she has three other brothers (Shiv, Abdu, aur Stan teen bhai aur mill gaye mujhe). Farah Khan praised Priyanka Chahar Choudhary and Sumbul Touqeer however many internet users complained that Sajid Khan makes fun of the two girls. Farah said Sumbul that Sajid frustrates all of his sisters in the same way that he irritates her in the BB home while referring to Priyanka as the Deepika Padukone of the BB house.

Contestants whose family members will be visiting them on the family week are the mothers of Shiv Thakare, MC Stan, Tina Dutta, and Shalin Bhanot. Nimrit Kaur Ahluwalia’s father, Sumbul’s bade papa, Archana Gautam’s brother and Sreejita De’s fiance will also be visiting the BB house.