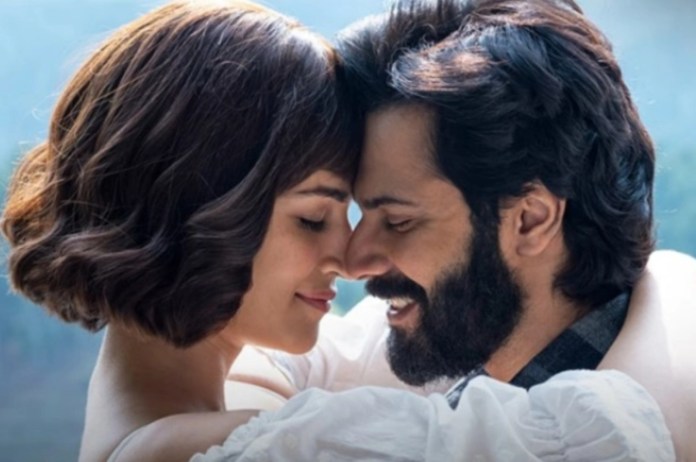 New Delhi: Varun Dhawan and Kriti Sanon are in discussions these days about their upcoming film ‘Bhediya’. Fans have been looking desperate to see this film for a long time, and now the new song ‘Apna Bana Le’ from the film ‘Bhediya’ has been released. This song is creating panic on social media, whose lyrics are forcing the fans to listen again and again.

The song ‘Apna Bana Le’ is a romantic song by Varun Dhawan and Kriti Sanon. Along with the song, the poster is also released, in which the actor’s romantic style is seen. Talking about the song is sung by Bollywood’s best singer Arijit Singh and once again on social media, the magic of his voice is seen.

The trailer of Varun Dhawan and Kriti Sanon’s film ‘Bhediya’ has been released, after which there is a tremendous craze among the fans about this film.

According to reports, this film is based on a 30-year-old story. It is being said that this film is similar to Aashiqui star Rahul Roy’s film ‘Junoon’ which came 30 years ago and was directed by Mahesh Bhatt. Rahul Roy, Pooja Bhatt and Avinash Wadhawan were seen in lead roles.

When the film will be released?

At the same time, the film ‘Bhediya’ is set to release in theatres on November 25. Helmed by Amar Kaushik.