‘Grow with best’: Punjab CM Bhagwant Mann to captains of industry at Hyderabad 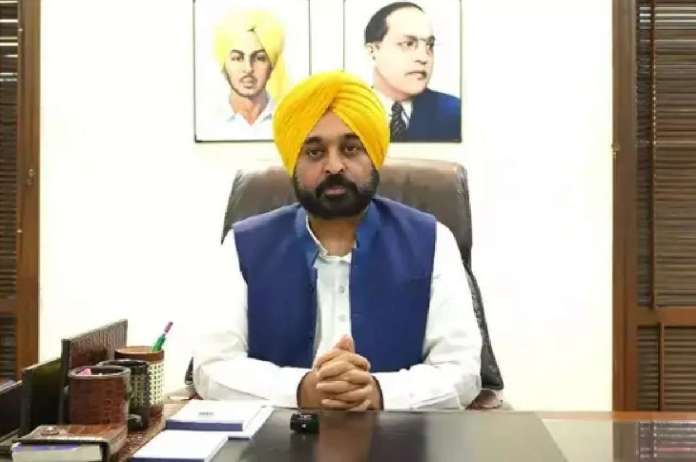 Hyderabad: Inviting the big Business tycoons to invest in the state, the Punjab Chief Minister Bhagwant Mann today exhorted the captains of industry to ‘grow with the best’ as Punjab is the land of endless opportunities and h the most conducive state for investments and expansion.

During the interaction, the Chief Minister showcased Punjab as a most preferred investment destination in the country and asked the companies to invest in the state. He said that the State Government is firmly committed for extending fulsome support and cooperation to the industrial groups for setting up their operations in Punjab. Describing Punjab as the most preferred destination for doing business, Bhagwant Mann said that companies will be immensely benefitted by investing in the state.

The Chief Minister asserted that the state has complete communal harmony, peace and amity which have resulted in its overall development and prosperity. Bhagwant Mann urged the industrialists to make optimum use of this congenial atmosphere backed by excellent infrastructure, power, skilled human resources and best industrial and work culture to spread their business. He said that the pragmatic policies of the state government coupled with industrial peace and state of the art infrastructure provides a conducive atmosphere for the industrial development in Punjab.

The Chief Minister apprised the industrialists that it is a matter great pride and satisfaction for state that Punjab is a top achiever in Ease of Doing Business ranking by Government of India. Likewise, he said that Invest Punjab has also been rated as top performing investment promotion agency with 100% score. Showcasing other achievements of state, Bhagwant Mann said that Punjab is also an Achiever in ease of Logistics Index by Government of India with more than 90% score adding that it is also first in term of safety and security of cargo movement in India.

Extending a red carpet welcome to the industrialists, the Chief Minister said that the state government was always open for new ideas and innovations to boost up the industrial growth in Punjab. He envisioned that this visit will give a major boost to the process of industrialization in the state thereby opening new vistas of employment for youth. Bhagwant Mann said that the day is not far away when Punjab will emerge as the industrial hub of the country.

The Chief Minister also extended a warm welcome to the global industrialists to attend the Progressive Punjab Investors’ Summit scheduled for February 23-24, 2023.