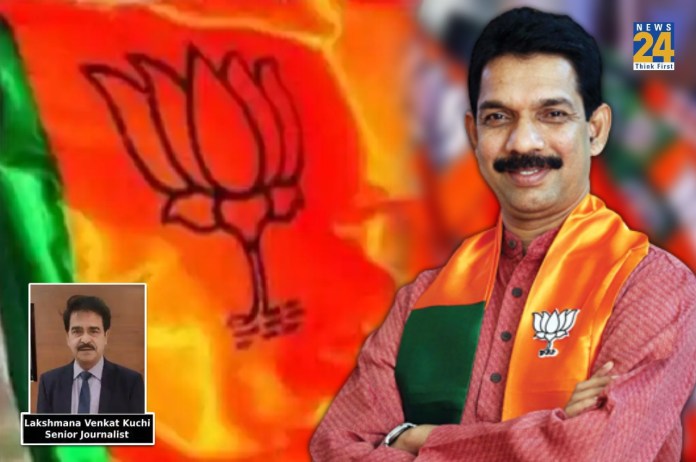 The battle lines in Karnataka are clearly drawn with ruling BJP and challenger Congress sharpening their respective poll planks at a time when indications are very evident that the ruling party wanted to focus on emotive issues rather than on development and growth.

Now, it is not just the opposition that is saying this. The BJP’s state unit chief Nalin Kateel directed his own party workers to focus on the issue of “love Jihad” rather than issues of road, gutter, drain and other small issues. Now, this statement has naturally evoked sharp response from the Congress that says this was proof that the ruling party was creating communal strife for electoral benefits and also to diver attention away from its utter failure of on the governance front.

The BJP state unit chief made the Love Jihad remarks at a party event, Booth Vijay Abhiyan on Monday. “I am asking you people – don’t speak about minor issues like road and sewage. If you are worried about your children’s future and if you want to stop ‘love Jihad’, then we need BJP for that. To get rid of love jihad, we need BJP,” he said as part of his speech intended to motivate booth-level workers.

Now this suggestion has come for sharp criticism from the Congress, which said that it is the worst possible advice the party could give its workers and this will surely polarise the society. In fact, it is the Congress Karnataka unit that tweeted the BJP leader’s video clip and said, “…Development of the state, employment and education are minor issues! It’s shameful that BJP has asked its party workers not to talk about development, of which it has done little.”

Of late, the BJP has stepped up its ‘love Jihad’ angle and its several state governments have brought in anti-Love-Jihad laws, which even in Karnataka the right wing bodies are demanding.

DK Shivkumar also hit out against the BJP after union Home Minister Amit Shah asked people to choose between PM Modi who built the Ram temple and those who glofied Tipu Sultan, leaving none in doubt about the intention. “Will PM Modi run the state,” he questioned and promised to the people local leadership from the Congress, also clearly indicating that it may play up the Karnataka pride aspect in this campaign.

Already, the Congress has hit out at purported plan to get Gujarat milk cooperative, Amul to “help” the local brand Nandini, which has not gone down well with the locals. The Congress was quick to pounce on this.