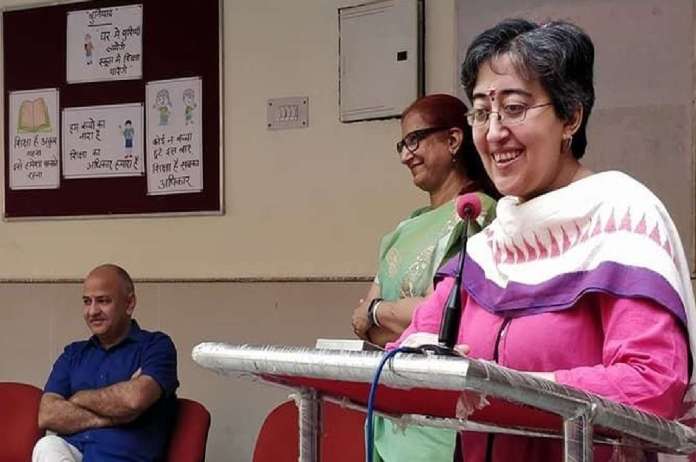 Breaking an image built over years is a tough job! While one can improve things that are in hand, building an image takes a lot of time.

Talking about the public education system in the capital city, a few Delhi government schools have always been in demand compared to the others. Reasons have varied from diligent principals, better infrastructure, and perhaps good board results.

As a result, it was observed that parents sought admission only to the schools perceived as good during the admission process thus leading to an enrollment imbalance in schools within the same locality.

In early 2016, when the government first took charge,  a few parents complained to the DyCM about gaps in the admission process. It was then, that the issue of admissions was first brought to the notice. DyCM Manish Sisodia intervened to understand the complex admission process and thus started the journey of streamlining and smoothening the process of admissions.

Since 2019, every year thousands of children have been taking admission to Delhi Government Schools. While Delhi has seen this constant uptick in the number of admissions year after year, another encouraging observation has been about the parent turnout to seek admission. This has been in contrast with other Indian states where government schools are being closed and the trust of parents in government schools has been declining.

Noteworthy Reforms in the Admission process

Education has always been the first priority of the Kejriwal Government and hence the focus on simplifying and improving the admission process. While a lot of work was undertaken and is ongoing, a few noteworthy reforms vis-a-vis the admissions process worth an applaud include-

In Delhi, the government schools were already categorized based on Zone, District, and Region. Later in 2016, the clusters were created by the Education department. Simply put, a cluster is an aggregation of a few nearby schools based on their demography. A committee was also constituted at each cluster level and zone level consisting of a few School Management Committee (SMC) members and a few heads of schools to allocate the school for children.

Now when a parent applies for admission in the 6th to 12th class to any government school, his/her school form goes to that particular cluster committee or zonal committee respectively. These committees then allocate the school based on parameters like vacant seats in school, distance from students’ homes, etc. This step has eradicated two problems; first: dependency on particular schools and second: schools denying admission without giving any reason.

In 2016, when committees were constituted, one more major decision was taken. It was to keep SMC members in the committees. This decision has been showing tremendous results as SMC feels empowered and takes this as a moral responsibility to get each child admitted to the school. At the time of the admission process, SMC sets up a helpdesk in their localities to help parents to fill out the online form, provide correct information about the admission process, and create awareness by going door to door in their localities. In 2020 during the first covid wave, Indian Express covered the story about how SMC members were going door to door to create awareness and identify children who were out of school. (https://indianexpress.com/article/education/delhi-school-management-committees-education-pandemic-6584769/) SMC has been playing a significant role in streamlining the admission process. Ensuring allocation of schools, resolving grievances, and handling student transfers have ensured that every child in Delhi gets allocated to a relevant school based on their locality and vacant seats.

Article by Shailesh Srivastava (Member of Education Task Force, Delhi and a Software Engineer by profession)