Rupee falls new low of 80.14 against US dollar after Powell’s statement on inflation 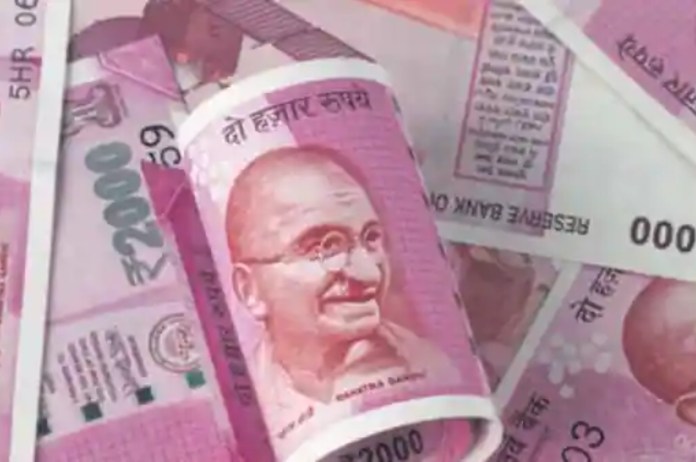 New Delhi: The rupee fell to a new low against the dollar on Monday, as the greenback gained globally following Federal Reserve Chair Jerome Powell’s clear commitment to combating excessive inflation even at the expense of economic growth.

In the opening minutes of trading on Monday, the rupee dropped to a low of 80.14 against the US dollar as the US dollar index surged well past the 109 level.

The rupee’s previous all-time low was 80.06 to the dollar on July 19. Due to market interventions by the Reserve Bank of India through dollar sales, the indigenous currency, which had ended Friday at 79.87 to the dollar, gained some ground, according to traders. At 9:30 am IST, the local currency was trading at 80.02 per dollar.

The rupee and other emerging market currencies are under pressure from a higher US dollar, which also decreases foreign investors’ desire for Indian assets.

“The rupee has breached the recent lifetime low in line with the fall in other Asian currencies and is expected to now test 80.60 to 80.75 levels in the next one month,” Ritesh Bhansali, vice-president at Mecklai Financial Services, said.

Dealers claimed that the RBI had intervened in the market at about the price of 80.05–80.10 per dollar and would stop the exchange rate from fluctuating too much.

“Now, it would be all about RBI’s tolerance or intolerance of these record levels. If they think to curb the same, then we could see easing up to 79.70-80 levels or else pressure will take the pair towards 80.30 levels,” CR Forex Advisors MD Amit Pabari said.

“For confirmation of the technical breakout, one should wait for initial hours and check whether the pair is holding 80.05 or not,” he said. He sees the rupee in a band of 79.70-80.30 per dollar for the day.