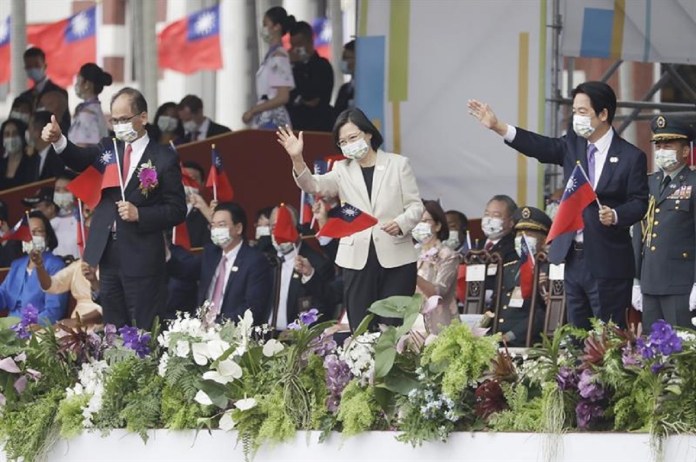 New Delhi: Taiwan President Tsai Ing-wen on Monday said that war between Taiwan and China is ‘absolutely not an option’ and reiterated her willingness to talk to Beijing.

In a speech on Taiwan’s National Day (October 10), Tsai said: “The consensus of the Taiwanese people … is to defend our sovereignty and our free and democratic way of life. There is no room for compromise on this.”

“I call on the Beijing authorities that resorting to war must not be the option for cross-strait relations,” Tsai said, reports CNN.

“Only by respecting Taiwanese people’s insistence on sovereignty, freedom and democracy can we resume positive interactions across the Taiwan Strait.”

China stepped up military presence around Taiwan following the visit of US House Speaker Nancy Pelosi to the country in early August. She made the visit despite several warnings of serious consequences by Chinese authorities.

It was “regrettable” that China had escalated its intimidation and threatened peace and stability in the Taiwan Strait and region, Taiwanese President said.

She said Taiwan is boosting its defences including with precision missiles and high-performance naval vessels, news agency Reuters report.

“We are willing to create a broad space for peaceful reunification, but we will never leave any space for Taiwan independence and secession activities,” she added.