HomeTechRealme C33 to launch on THIS date; Check features here!

Realme C33 to launch on THIS date; Check features here!

Not only this, the company has also made a dedicated landing page of this smartphone live on the website of Reality India. Let us tell you, Reality has kept the tagline - 'New Age Entertainment' for this smartphone. 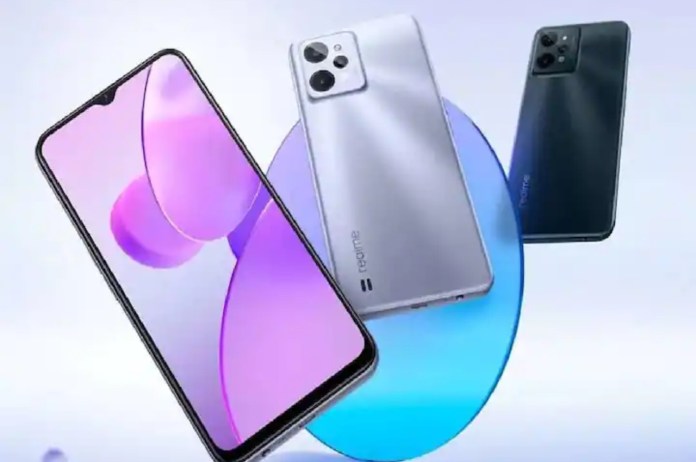 New Delhi: Realme is going to launch its Realme C33 smartphone in India on 6 September. A lot of information about this smartphone was leaking, but the launch date was not disclosed yet. Now finally Reality has announced the official launch date of this upcoming phone. Realme C33 is going to be introduced in India on 6th September. Chinese smartphone company Realme has announced that on September 6 at 12 noon, Realme C33 will be launched in India. Not only this, the company has also made a dedicated landing page of this smartphone live on the website of Reality India. Let us tell you, Reality has kept the tagline – ‘New Age Entertainment’ for this smartphone.

Looking at the landing page of the Realme C33 phone on the Realme website, it is known that this phone can be offered in three color options. Realme C33 can come with dual rear camera setup, whose primary camera can be 50MP.

A 5000mAh battery can be given in the Realme C33 phone, for which the company has claimed that it will be able to give a standby time of 37 days. Apart from this, ultra saving mode can also be given in the phone.

Realme has confirmed these features

Realme has confirmed that the phone will weigh 187 grams, and will be 8.3mm slim. Apart from this, more information about this smartphone can be revealed in the coming few days.

According to the old reports of Tipster, Realme C33 can be launched in Sandy Gold, Aqua Blue, and Night Sea color options. It is expected to be offered in three storage variants 3GB RAM + 32GB, 4GB RAM + 64GB and 4GB RAM + 128GB.

The price of Realme C33 in India can start from around Rs 14,000. The price of the recently introduced Realme C35 starts at Rs 11,999, which can be easily purchased from e-commerce websites Flipkart and Amazon. This phone is also equipped with features like Unisoc processor, IPS LCD panel and 5000mAh battery.