The Bihar capital's government hospital doctors were left in a trance when they realised that the young man who had been knocking on their doors after midnight was none other than Tejashwi Prasad Yadav, the state's deputy chief minister. 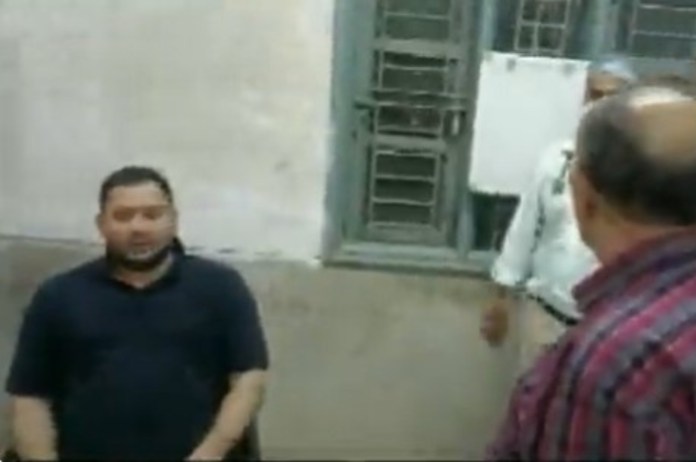 New Delhi: The Bihar capital’s government hospital doctors were left in a trance when they realised that the young man who had been knocking on their doors after midnight was none other than Tejashwi Prasad Yadav, the state’s deputy chief minister.

While his boss Nitish Kumar was gone in Delhi for some political heavy lifting on Tuesday, the youthful politician spent the day proving that he was in charge of the administration.

Yadav gleefully proclaimed on his Twitter account his “pahal” (effort) to terminate the strike of Patna Municipal Corporation sweepers that has, in recent days, buried the city’s streets under mountains of waste. Yadav controls important ministries like health, road building, and urban development.

Younger people could be more intrigued by his late-night “raids” on hospitals, footage of which is being aired by media sources that compare the 33-year-old to the central character of the Anil Kapoor film “Nayak,” who upends the system as a hands-on chief minister.

Along with the hospitals at Gardiner Road and Gardani Bagh, the deputy CM also performed surprise checks at PMCH, the largest government hospital in the state.

It is quite a sight to see how the employees failed to recognise Yadav when he first arrived, disguised in a track suit, cap, and mask that covered his face.

The cool-headed politician was clearly upset by the place being unclean, the lack of medicines, and the night shift workers’ obvious disregard for their duties.

“Take notes of all shortcomings. We will take action at the review meeting of the department,” the deputy CM can be heard telling his personal staff.

Notably, the health department had remained with the BJP for the entire period Nitish Kumar remained an NDA ally.