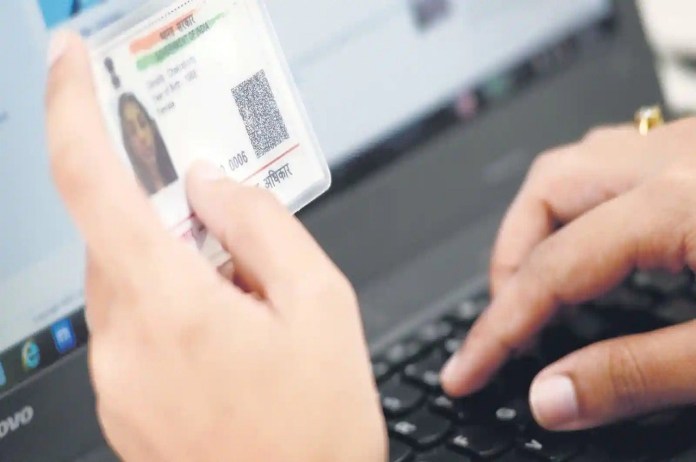 New Delhi: The Unique Identification Authority of India (UIDAI) has advised people to use Aadhaar confidently as per their choice to avail benefits and services, but to observe the same level of usage hygiene as one would for other identity documents including bank account, PAN or passport.

Residents are advised not to share Aadhaar openly in the public domain, particularly on social media and other public platforms, UIDAI said in a statement.

Aadhaar holders should not disclose their Aadhaar OTP (one-time password) to any unauthorised entity and refrain from sharing m-Aadhaar PIN with anyone.

“Use Aadhaar confidently as per your choice to avail benefits and services, but observe same level of usage hygiene like any other identity documents including bank account, PAN or Passport,” UIDAI said.

Aadhaar is a resident’s digital ID, and it works as a single source of online and offline identity verification for residents across the country.

“While sharing Aadhaar with any trusted entity, the same level of caution may be exercised which one does at the time of sharing mobile number, bank account number or any other identity document like Passport, Voter Id, PAN, Ration Card etc,” UIDAI said.

Wherever a resident does not wish to share his or her Aadhaar number, UIDAI provides a facility for generating a Virtual Identifier. UIDAI also provides the facility of Aadhaar locking as well as biometric locking.

If a resident is not likely to use Aadhaar for a period of time, he or she may lock Aadhaar or biometrics for such a time period. The same can be unlocked conveniently and instantly, as and when required.

“The UIDAI provides technologically advanced ecosystem to ensure safe, smooth and speedy authentication experience to the Aadhaar number holder. The various provisions of the Aadhaar Act and its Regulations mandate that the entities taking Aadhaar number from the residents use and store it in a secure and legally permissible manner,” it said.

A resident can check Aadhaar authentication history for last six months on UIDAI website or m-Aadhaar app. Also, UIDAI intimates about every authentication over email. Therefore, linking email Id with Aadhaar will ensure that a resident gets intimation every time his or her Aadhaar number is authenticated.