Samsung Galaxy F04 soon to launch in India: Price, features and much more! 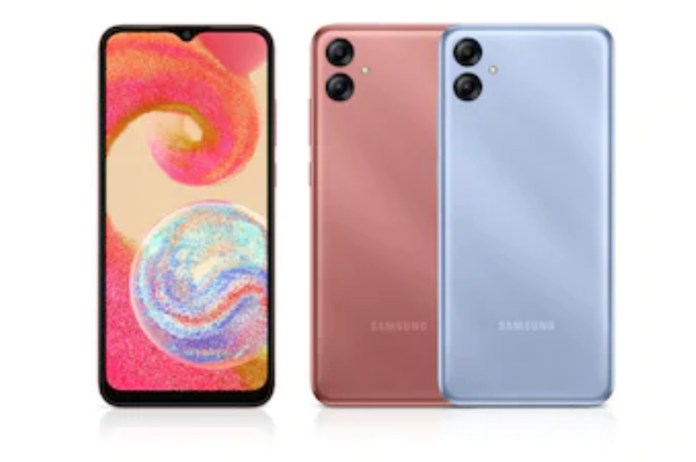 New Delhi: Samsung is going to launch its new smartphone Samsung Galaxy F04 soon. This phone of the brand will be an entry level device. The company can launch this handset in the beginning of January itself. The upcoming phone will be part of Samsung’s F-series. That is, it will be exclusively available on Flipkart.

The company has started teasing this handset. Before the launch, the price and other specifications of this Samsung handset have been leaked. The phone can come with dual rear camera setup and 8GB of RAM. Let’s know the leaked details of this smartphone.

What will be the price and when will it be launched?

The starting price of Samsung Galaxy F04 can be Rs 7,499. That is, it will be an entry level budget device. The phone can come in two color options Purple and Green. Up to 8GB of RAM option can be found in the smartphone. The company has not yet announced its launch date. But the phone will be available on Flipkart in January 2023.

What will be the specifications?

The smartphone will come with dual rear camera setup. It can get a 6.5-inch HD + display, which will come with a water drop style notch. You will also find LED flash in the rear side. The design of the phone is quite similar to the Samsung M13 5G. Up to 8GB of RAM can be found in it.

If reports are to be believed, this Samsung phone could be a rebranded version of the Samsung Galaxy A04e launched some time back. In this phone too, the company has given dual rear camera, 6.5-inch display and 5000mAh battery. Its primary camera is 13MP, which comes with a secondary lens of 2MP.

In the front, the company has given a 5MP selfie camera. The device works on One UI based on Android 12. MediaTek Helio P35 processor has been given in it. Fingerprint sensor will not be available in the phone.