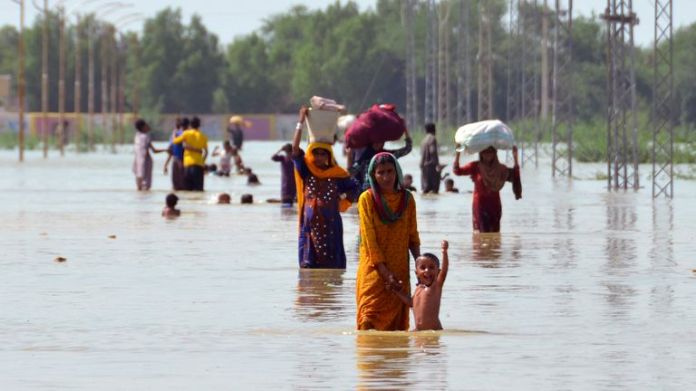 Saddened to see the devastation caused by the floods in Pakistan. We extend our heartfelt condolences to the families of the victims, the injured and all those affected by this natural calamity and hope for an early restoration of normalcy.

Let us tell you that according to the data released by the country’s National Disaster Management Authority on Monday, the death toll due to monsoon floods in Pakistan has reached 1136 since June. In which 75 people have died in the last 24 hours. Media reports said the death toll could be much higher as thousands of villages in Khyber Pakhtunkhwa province are cut off from the rest of the country and roads and bridges have been destroyed by overflowing rivers. Pakistan has sought international help to face the horrific disaster.