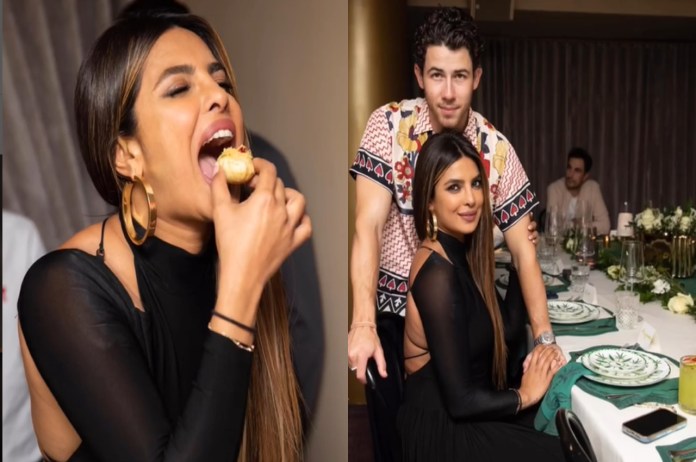 New Delhi: Global star Priyanka Chopra is currently enjoying her trip to New York, from her busy schedule between attending seminars and spending time with her daughter Malti Marie Chopra Jonas, she took some time out and went to her New York City restaurant Sona with her husband Nick Jonas and some of her ‘Favourite people.’

The actor took to her Instagram account on Friday, she shared some photos from the dinner she hosted on Thursday night. She posted the photos in a video. It starts with her hopping inside her car and showing the victory sign to the camera. She captioned the post, “An NYC night out with some of my favorites.”

The video also features photos of Priyanka and her guests as well as some of her restaurant’s decor. In the clip, she can be seen enjoying a ‘golgappa’ and posing with her husband Nick Jonas in another photo. In the third photo, she can be seen posing with Noble Peace Prize winner Malala Yousafzai.

Priyanka has international projects such as It’s All Coming Back To Me, and the series Citadel. Produced by Russo Brothers, Citadel will hit the OTT on Prime Video. Talking about Bollywood, she will be seen in Farhan Akhtar’s Jee Le Zaraa, opposite Alia Bhatt and Katrina Kaif. The film is reportedly going on floors around September 2022 and is expected to release in the summer of 2023.