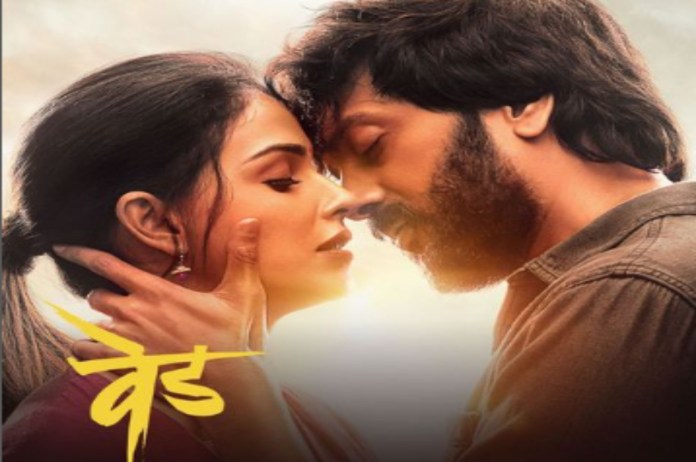 New Delhi: Riteish Deshmukh and Genelia Deshmukh are ecstatic right now! Ved, their Marathi film, has been a commercial success. The movie opened in theatres on December 30, 2022. Since its debut, it has been doing well at the box office. The film’s box office earnings surpassed Rs 50 crore in a matter of days. The overwhelming reception to Riteish and Genelia’s film has left him speechless. With Ved, the actor made his directorial debut, and he has since thanked everyone.

Riteish Deshmukh thanks the audience for the success of Ved

The actor took to his Twitter handle and wrote, “We want to thank you from the bottom of our hearts, for accepting VED as your own film and showering unconditional love.”

We want to thank you from the bottom of our hearts, for accepting VED as your own film and showering unconditional love. #50cr #50crores pic.twitter.com/h3qRQSfbyr

Riteish Deshmukh has gained fresh energy as a result of the movie’s enormous success because he can now choose between working as an actor and a director. He has been searching for a while for a good box office hit as an actor, and Ved has been able to put him back in the action. While he did fairly well with this Marathi movie, it would be interesting to watch how he does with his next Bollywood movies now that he has proven he is much more than just a funny actor with perfect timing.

Riteish Deshmukh’s upcoming film, Kakuda, is being directed by Aditya Sarpotdar. Saqib Saleem and Sonakshi Sinha are also featured in the movie. Additionally, the actor is awaiting the release of Visfot with Fardeen Khan. Alongside Shehnaaz Gill, Nora Fatehi, and John Abraham, Riteish will also appear in the movie 100%. Sajid Khan is the director of the movie.