Kareena Kapoor admitted to having a crush on Rahul Gandhi on an episode of Rendezvous with Simi Garewal. 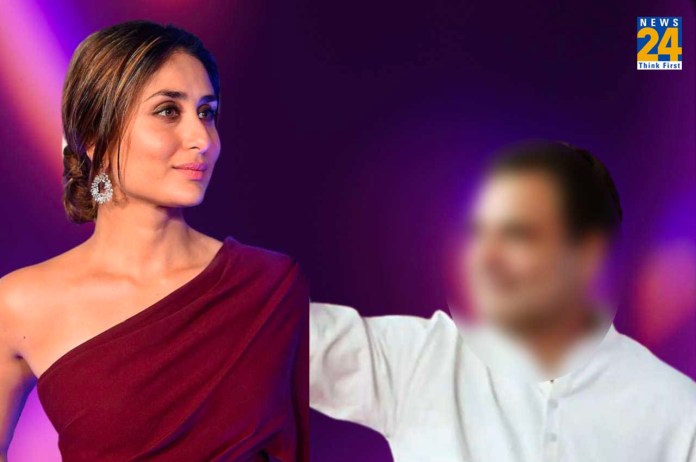 New Delhi: Bollywood actress Kareena Kapoor Khan is open about her love life.
Kareena Kapoor Khan’s name was linked to more than one hottie, but she kept her romances with Shahid Kapoor and then Saif Ali Khan in the spotlight. However, Saif and Shahid aren’t the only two men ‘Bebo’ has admired and wished to date. The individual in question is Congress leader Rahul Gandhi.

This may seem surprising, but Kareena Kapoor Khan revealed this in a talk show and stated that she would want to date Rahul Gandhi. Kareena Kapoor also provided a very clever explanation for this.

Kareena admitted to having a crush on Rahul Gandhi on an episode of Rendezvous with Simi Garewal. Simi Grewal asked Kapoor who she wanted to date in a viral social media video, and Kareena responded, ‘I don’t know whether to say this or not, I don’t care. It makes no difference if it is contentious. I’d like to get to know Rahul Gandhi.’

Kareena justified ‘I saw pictures of him in the magazine and wondered what it would be like to talk to him,’ Kareena continued. I come from a film family, while he comes from a large political family. So I think our conversation will be interesting.’

Kareena Kapoor is now the mother of two children from her marriage. Rahul Gandhi, on the other hand, is currently focused on politics.