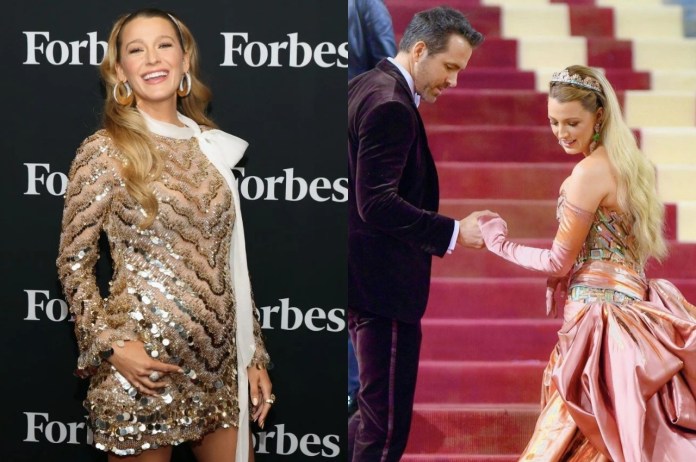 New Delhi: The family of Ryan Reynolds and Blake Lively is about to grow. The actor-couple, who already have three kids, will soon welcome their fourth child into the world. This was revealed as Blake arrived at a red carpet event in New York on Thursday night revealing a baby bump.

Blake made her pregnancy bump public on September 15 while attending the Forbes Power Women’s Summit. Fan clubs have posted photos of the actor on social media showing off her baby bulge while wearing a golden sequin dress.

The actor joked, “I just like to create,” during the occasion, according to E! News. I really really enjoy creating, whether it be with food or with stories or with people or with enterprises.

Ryan and Blake got married in 2012. The couple has three daughters together. “Having children for me made me feel so much more in my skin,” Blake had told Forbes in May. “I never felt more myself or at ease in my own body or more confident–not to say that there aren’t a bevy of insecurities coming at me a million times a day, but I just feel incredibly settled.”

Blake and Ryan’s eldest daughter James was born in 2014. In 2016, the two welcomed their second daughter Inez, and followed by Betty in 2019.

Rya recently underwent a colonoscopy and shared his experience on social media. The Deadpool star filmed the entire process to spread awareness regarding the cancer screening procedure. The 45-year-old actor shared the video on Instagram. The actor and his Wrexham soccer club co-chairman, Rob McElhenney decided to partner up with Lead From Behind, a colon cancer awareness organisation. Wonder Woman 1948 star Gal Gadot was among the first to cheer for Ryan Reynolds and dropped a heart emoticon in the comments section.