Lakadbaggha Trailer: Anshuman Jha out to save animals as vigilante 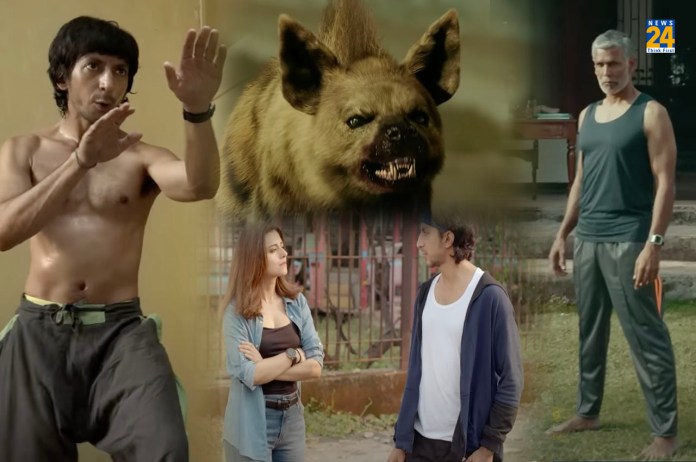 Lakadbaggha Trailer: The makers of yet another vigilante film Lakadbaggha (hyena) unveiled its trailer on January 3, 2023. This time the protagonist is on a mission to protect animals rather than people. Anshuman Jha, who is well known for his work in Love Sex Aur Dhokha and was most recently seen in Hum Bhi Akele Tum Bhi Akele, plays the primary character who doubles as a nighttime animal vigilante and a martial arts instructor for children. The eye-catching trailer features him in multiple hand-to-hand combat action scenes.

Arjun, who advocates for animals, particularly street dogs, who don’t have voices, is introduced to us in the trailer. Police disbelieve that one man is responsible for the ruthless breaking of animal troublemakers’ bones. As Arjun, portrayed by Anshuman, uncovers an illegal animal trade industry and confronts the industry’s head, played by Paresh Pahuja, a real hyena eventually makes an appearance.

The battle scenes between Anshuman and Eksha Kerung, a real-life Sikkim police officer and professional boxer, are some of the most exciting in the film. In two different scenes, Ridhi Dogra is shown arguing with Anshuman and going on a date with him. In the movie, Milind Soman is also portrayed as a martial arts instructor.

Directed by Victor Mukherjee, Lakadbaggha is scheduled to release in theatres on January 13. Interestingly, it will see a fight with Arjun Kapoor and Tabu’s multi-starrer, titled Kuttey.

Coincidently, the Ladakbaggha trailer also has a dialogue, “Kuttey tabhi bhaunkte hain jab lakadbagha aaspas nhi hota (dogs only bark when a hyena is not around).”

Speaking of his character, Anshuman Jha says, “Arjun Bakshi is a dog’s best friend. And I am grateful to have had the opportunity to train in Krav-Maga and bring his ordinary yet extraordinary character to life. Being ordinary is a super power.”