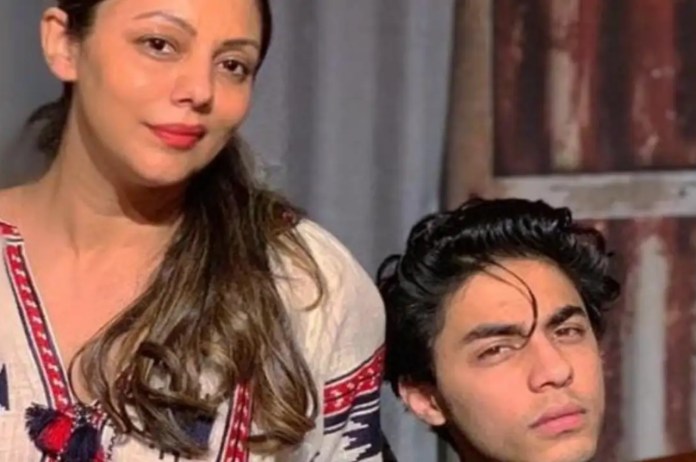 New Delhi: Gauri Khan appeared in the 12th episode of Karan Johar’s talk show, Koffee With Karan 7, together with her closest friends and the Fabulous Lives of Bollywood Wives actors Maheep Kapoor and Bhavana Pandey. The star wives revealed untold details about their partners, kids, and life in the Bollywood elite, among other things. Gauri Khan, who was appearing on Koffee for for the second time, exuded complete confidence as she answered every query with grace and wit.

Also Read :- Chup marches towards a massive footfall with a whopping 1.25 Lakh pre-booking yet

Gauri Khan exuded confidence during her rapid fire round. She responded to every query with grace and style. When asked what Bollywood trend she didn’t like, she mentioned the practise of famous people calling the paparazzi and then seeming astonished. She also disclosed how her son Aryan Khan serves as her “fashion police” in the midst of everything. Gauri explained that Aryan prefers that she only wear t-shirts and refuses to let her wear full-sleeved shirts or coats. Everyone was pleasantly surprised because they never in their wildest dreams imagined that Aryan was also his mother’s style police. Karan Johar jokingly said he would definitely speak out if he had an issue with Gauri’s fashion style.

She compared her relationship with Shah Rukh Khan to Dilwale Dulhania Le Jayenge because it was so volatile and unpredictable. Fortunately, Shah Rukh was successful in persuading her parents.

Digitally, viewers can watch Koffee With Karan Season 7 on the corresponding OTT platform. The 12th episode, which starred Gauri Khan, Maheep Kapoor, and Bhavana Pandey, was highly appreciated by the audience, who adored the chemistry the three shared as well as how true and honest their responses were.