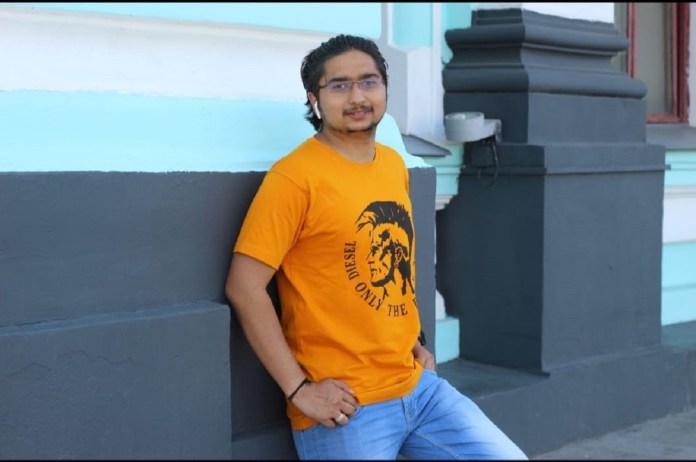 Sitting in your grandmother’s lap, passing by a mandir on your way to school, the sounds you heard when there was a function in your colony- we all have deep and meaningful memories attached to devotional songs and bhajans. Hearing these calls to the divine and appreciation for the almighty, we feel a rush of positivity and spirituality.

Atul Kishan Sharma, 24 has been recognised as a youth icon by Parinamika & Arbit Awards; the Delhi-based entrepreneur has launched Haryana’s largest and most successful events
management company, a successful artist management company and has worked with many big names of the music industry as a music producer. He has launched some of the most beloved and renowned artists of today, including Akki Kalyan, Sumit Goswami, Shiva Pandit, Pranjal Dahiya and YC Gujjar.

He has a special place in his heart for devotional music and has produced the soulful track –
Shyam Teri Murli and has followed this up with the new single “Shankara”. Shankara – Bam Bam Bhole – has gained a lot of popularity on YouTube and has struck a chord with the
younger generation. Atul Kishan Sharma has a great influence and social media following and he has brought our youth back to our culture and has generated a newfound sense of
appreciation and belongingness in them.

Music can heal and bring together people and Atul Kishan Sharma has been making the best of his musical talents to bring smiles to peoples’ faces and deliver a powerful, noble message through his work. He says, “If we don’t leave our generation and the ones after us with something positive to look up to and show them the various facets of our culture, we will lose them to the West. I’ve seen a lot of my younger cousins be more aware of Western culture than their own and it is heartbreaking, given we have a rich, colourful history and culture. I make music that has my touch of modernity and combine it with the words of our ancestors to bring a gift to the youth that keeps them in touch with their roots.”