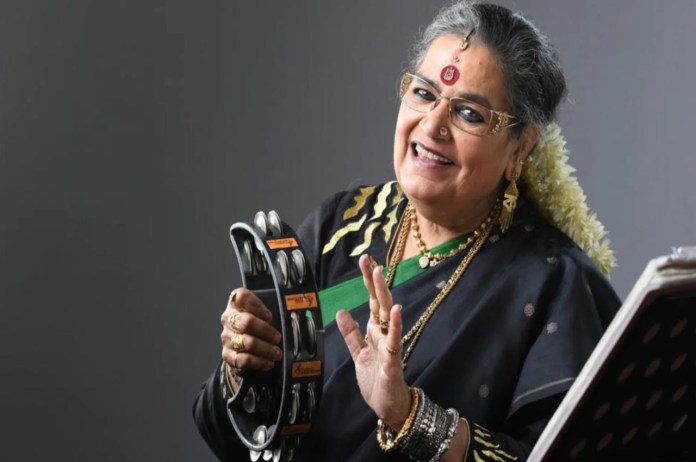 New Delhi: Usha Uthup is one of the famous personalities of Hindi cinema, she has ruled the hearts of millions of people with her voice. Usha Uthup sang more than one song in the cinema. Today, Usha Uthup is celebrating her 76th birthday, and on this special day, here is a list of her famous songs.

Usha Uthup is from Chennai but she was born on 8 November 1947 in Mumbai. Along with Hindi, and Malayalam cinema, she has also worked in Telugu, Tamil, English and Kannada films and has made a separate identity in pop singing. Since childhood, she was fond of learning music but once she was thrown out of class for her heavy voice. After this, she decided that she would not give up.

Usha Uthup started her career by singing in a nightclub, she was only 9 years old at that time. After this, she had come to Delhi once but she did not know that coming to Delhi would change her luck. She was once singing a song at the Oberoi Hotels in Delhi when a film crew caught sight of her. From there, she got a chance to sing there for the first time.

Usha Uthup In 1970, she sang an English song for Bombay Talkies with Shankar-‘Jaikishan’ and ‘Hare Ram Hare Krishna.’ After these songs, she became a star overnight and then never looked back. In the 1970s and 1980s, she sang several songs for Bappi Lahiri and RD Burman.

Usha Uthup sang a song in films like ‘Shalimar’, ‘Shaan, Vardat’, ‘Armaan’, ‘Disco Dancer’, ‘Pyaar Dushman’, ‘Arman’, ‘Race’, ‘Bhoot’, ‘Joggers Park’ and ‘Hat-trick’. According to reports, she has sung songs in about 8 foreign and 17 Indian languages, which is a big achievement.

Usha Uthup is also in discussions about her looks and luxurious life. People are crazy about her style. At the same time, her fan following is quite spectacular. She has a lot of property. It is said that she is the owner of more than 12 crores.