HomeEntertainmentHappy Birthday Tanuja: From becoming superstar to slapping Dharmendra, read all about...

Happy Birthday Tanuja: From becoming superstar to slapping Dharmendra, read all about the actor 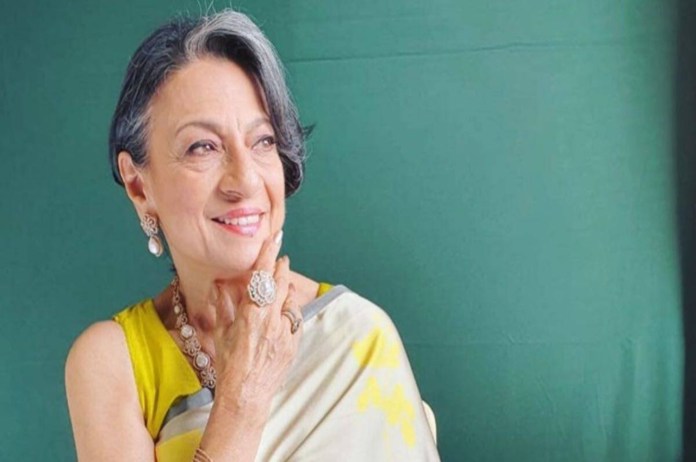 New Delhi: Tanuja is one of the veteran Bollywood actresses. People not only love her acting skills but also they are crazy about her beauty. Today, Tanuja is celebrating her 79th birthday, and on this special day, let’s read some untold things related to her life.

Tanuja was born on 23 September 1943 in Mumbai. She is the daughter of actress Shobhana Samarth. Tanuja has done her schooling at St. Joseph’s Boarding School in Panchgani, and after that, she went to Switzerland but due to the poor condition of the house, she had to come back, and at the age of 16, she stepped into the world of cinema. Tanuja first appeared in her sister Nutan’s film ‘Hamari Beti’.

Appeared for the first time in this film

The film ‘Hamari Beti’ was released in the year 1950. In this film, she worked as a child artist. After this, Tanuja made her lead debut in the 1960 film ‘Chhabili’, and then in 1962 ‘Memdidi’ was released. Both the films got a lot of love from the audience, and she became a big star. After these two films, the lines of films started in front of her.

Why she slapped Dharmendra?

Once she came into the limelight. There were reports that Tanuja once slapped Dharmendra. This was disclosed by Tanuja in an interview. She told that ‘This story is from the time when they were shooting for the film ‘Chand Aur Sooraj’. Dharmendra was also introduced to his first wife Prakash Kaur. In such a situation, when both of them were sitting together, Dharmendra started flirting with both of them, which she did not like and slapped him.’

With this, she further told that she had threatened Dharmendra and said, ‘I know your wife, you have children too. You can’t talk like that with me.’ Dharmendra said as soon as he was slapped, ‘Tanu my mother, I say sorry. Please make me your brother’. Just then Tanuja tied the thread on Dharmendra’s wrist, and after this day both of them named their relationship brother and sister.

Tanuja has made a different identity for herself by giving many superhit films. Tanuja acted in more than 100 films in cinema including ‘Nai Umar Ki Nayi Fasal’, ‘Bhoot Bangla’, ‘Bahare Phir Bhi Aayenge’, ‘Jewel Thief’, ‘Jeeene Ki Raah’, ‘Gustakhi Maaf’, ‘ Money or Love’, ‘Holy Sinner’, ‘Hathi Mere Saathi’, ‘Door Ka Rahi’, ‘My Life Partner’. Not only this but Tanuja was also awarded the Filmfare Award for Best Actress in the year 1967 for the film ‘Paisa Ya Pyaar’.

Tanuja married filmmaker Shomu Mukherjee in the year 1973. The two met on the sets of the film ‘Ek Baar Muskrud Do’, and then both got married. Although Tanuja and Shomu separated after a few years of marriage but did not sign divorce papers and then on April 10, 2008, Shomu Mukherjee died due to a heart attack. They have two daughters named Kajol and Tanisha.