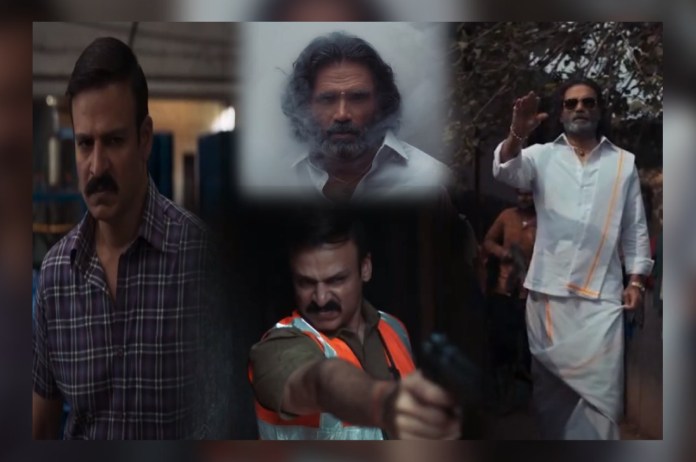 Dharavi Bank Teaser: Many Bollywood stars have stepped on OTT, and in the coming time also stars are trying their hand at this platform. At the same time, Suniel Shetty is also all set to enter into OTT. Bollywood’s Anna i.e. Suniel Shetty is going to be seen in MX Player’s web series ‘Dharavi Bank’, whose teaser is out. As soon as the teaser arrived, the buzz of social media was set high.

In the teaser of ‘Dharavi Bank’ web series, the strong style of Suniel Shetty can be seen. His entry is so spectacular that it is forcing the fans to watch it. Dharavi Bank is a gangster drama in which Suniel is going to be seen in the role of Don Thalaivan of Dharavi. For this role, Suniel carried a South Indian look, which looks very strong in appearance. In this look, the actor is looking stunning, and his style is creating a ruckus.

Sharing the teaser, Sunil Shetty wrote in the caption, ‘The quest for newer things must go on. So here I am, making my debut in the OTT world. Thank you audience, for all the love you’ve always blessed me with.’

In the teaser, Vivek Oberoi is also seen, he will be portraying the role of JCP Jayant Gavaskar in this web series. Suniel and Vivek’s fierce competition is also seen in the teaser. Along with Sunil Shetty and Vivek Oberoi, Sonali Kulkarni, Luke Kenny, and Freddy Daruwala, Shantipriya will also be seen in lead roles. The release date of the web series is not released yet, but the trailer will come soon.

Sharing the teaser, Vivek Oberoi wrote in the caption, “Mumbai: 400017. #DharaviBank, trailer out soon on @mxplayer.”

Suniel Shetty is making a comeback on screen after a long time, and now it has to be seen how much he creates on OTT.