Debina-Gurmeet to Kapil Sharma-Ginni: Tv celebs who had their second babies too soon

New Delhi: A lot of television celeb couples took up parenthood this year. From Debina Bonnerjee and Gurmeet Choudhary to Kapil Sharma and Ginni Chatrath, the list goes on. Well not only television stars, this year saw many Bollywood couples embracing parenthood, while some are gearing up for the same.

Well, here our focus is on those couples who took no time to complete their family and had a second baby too soon.

Gurmeet Choudhary and Debina Bonnerjee, who wed in February 2011, had trouble conceiving their first child. When it finally worked, they had to undergo several IVF cycles. Lianna, a daughter, was born to Debina in April of this year. Surprisingly, the couple is going to become parents for a second time within a short period, and the actress is currently preparing to give birth to her second kid.

It didn’t take long for Kapil Sharma, who wed Ginni Chatrath in December 2018, to start a family. On December 10, 2019, the couple welcomed their daughter Anayra, and on February 1, 2021, Trishaan was born. 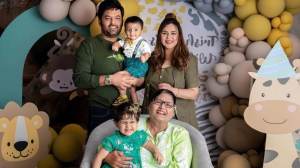 In November 2015, Dimpy Ganguly wed businessman Rohit Roy of Dubai. On June 20, 2016, their daughter Reanna was born. After that, they took a break, but their second and third children were born in just over two years. Aryaan Ganguly was born in 2020, and a boy was born in 2022. 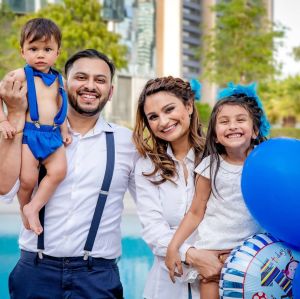 In 2019, Lovey Sasan wed Koushik Krishnamurthy. With the birth of their son Royce in 2020, the couple experienced parenthood for the first time. Their second child was born in 2021. 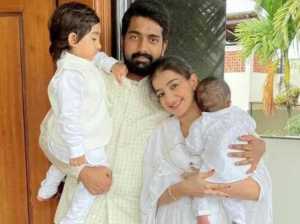 Chahatt Khanna and her now ex-husband Farhan Mirza have twins. Even though her first daughter was born in 2016, she gave birth to a baby girl Amaira in 2017. 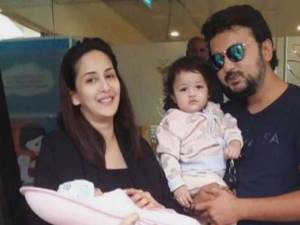 On April 5, 2019, the actor Deeya Chopra and her spouse Ritchie Mehta welcome their first child. Deeya revealed her second pregnancy in December 2019 and gave birth to a girl on April 6, 2020. The gap between the two children is 366 days. 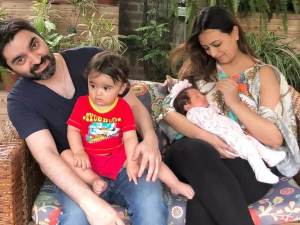