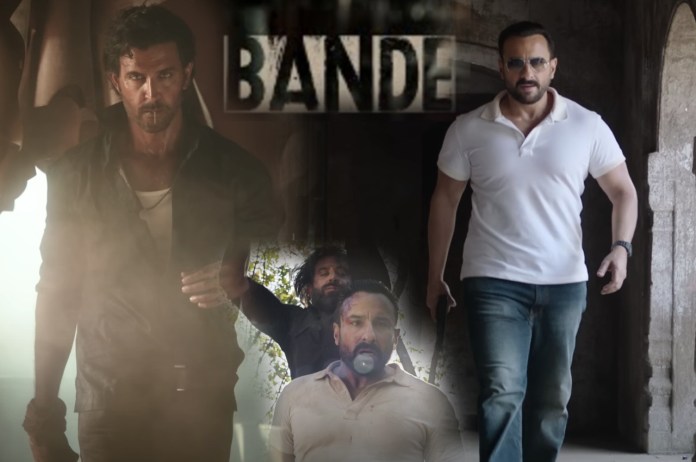 New Delhi: Fans are eagerly waiting for Hrithik Roshan and Saif Ali Khan’s starrer film ‘Vikram Vedha.’ Recently, the new song ‘Bande’ from ‘Vikram Vedha’ has been released by the makers, which has got a good response from the audience in just half an hour.

In this song, a game of eyeballs is going on between Hrithik Roshan and Saif Ali Khan. Saif wants to end crime from the root, while Hrithik wants to establish his world of fear. The song is sung by Sivam. While the lyrics of the song are written by Manoj Muntashir. At the same time, the music of the song is given by SAM C S.

‘Vikram Vedha’ is the Hindi remake of a Tamil superhit film. Talking the story, it is inspired by the popular Indian folk tale ‘Vikram-Betal’, in which Hrithik will play the role of gangster ‘Vedha’. While Saif Ali Khan will be seen playing the role of a police officer ‘Vikram’. The film cost more than Rs 175 crore.

Along with Hrithik and Saif, Radhika Apte will also be seen in lead roles. Helmed by Pushkar-Gayatri. This film is going to hit the theatres later this month on September 30, 2022.