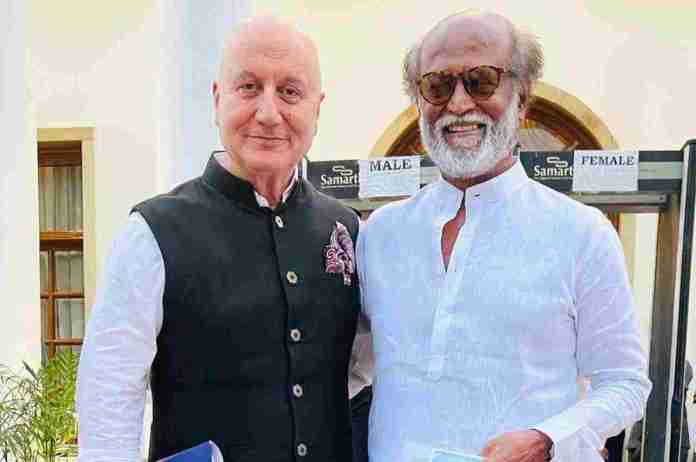 “There was no one like my friend Rajnikanth, there is no one, and there will be no one. It was great meeting you. Jai Ho,” wrote Anupam Kher in the caption.

The Azadi Ka Amrit Mahotsav event commenced on March 12 last year, which marked a countdown of 75 weeks before the 75th Independence day. The campaign will conclude on August 15, 2023.

Anupam Kher, who is 67 years old, last appeared in the movie The Kashmir Files. The Vivek Agnihotri-directed movie received a lot of praise from both reviewers and spectators. The Special 26 actor is now preparing for the debut of his forthcoming action drama Uunchai. In addition to Anupam Kher, Amitabh Bachchan, Boman Irani, Parineeti Chopra, and Neena Gupta are among the outstanding cast members of Uunchai. The actor just debuted the movie’s first look poster, sparking a lot of interest. Uunchai, directed by Sooraj Barjatya, is scheduled to hit theatres on November 11 of this year.

On the other hand, Rajinikanth will shortly start filming his much anticipated movie Jailer. Hyderabad will serve as the location for the film’s shooting.