Aryan Khan, Nora Fatehi dating? Netizens believe so but why? 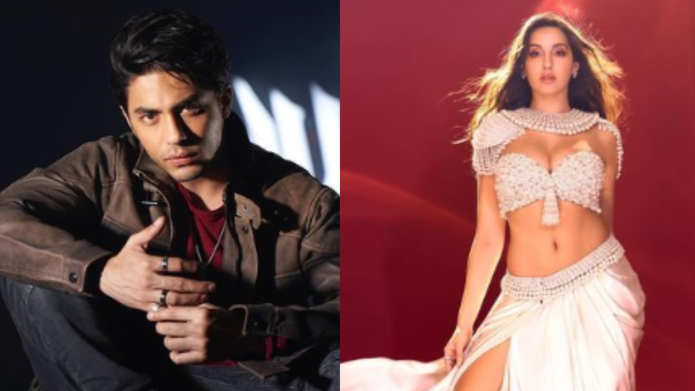 New Delhi: One of the most popular star kids on social media is Shah Rukh Khan’s son Aryan Khan. His images are shared widely on the Internet every time he ventures out into the city or makes a post on Instagram. Aryan and his friends were recently spotted celebrating the New Year in Dubai.

Even Suhana Khan, his sister, was spotted having a good time at the New Year’s party with Karan Johar and other close friends. Interestingly, Nora Fatehi and Aryan’s photos have surfaced online, leading some to speculate that the two are dating.

Currently in Dubai, Nora recently made India proud with a strong showing at the FIFA World Cup 2022. The diva rang in the New Year at Burj Khalifa with her friends and watched fireworks. However, after their social media posts including a fan sparked romance rumours about Nora and Aryan, the two became well-known. The pair could be seen posing separately with a fan in the photos. Everyone looked at the photos with suspicion when they realised they were all taken at the same location. Aryan looked dapper in black, while Nora looked gorgeous in her fashionable attire. An individual posted a collage of them on Reddit. 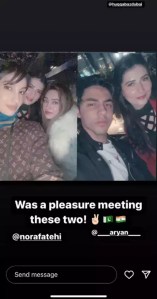 Along with the picture, the user wrote, “Saw a post earlier saying that Nora seems to all of a sudden be super close with kjo and his friends…she was also recently spotted hanging out with Aryan at dinner and was also at the New Year’s party that he hosted in Dubai.”

The relationship rumours intensified after Nora was recently photographed having dinner with Suhana and Karan Johar. She even posted a selfie of the two of them on her Instagram story. It was possibly the first time Nora and Suhana had a connection.