Alia Bhatt says ‘Sorry’ to paparazzi for this reason, WATCH 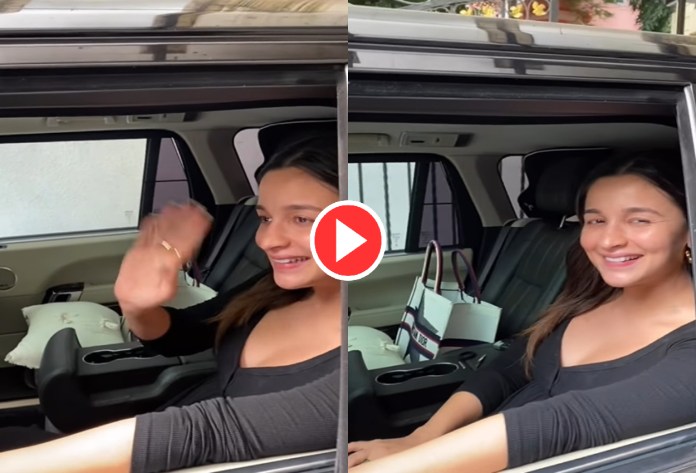 New Delhi: Soon mom-to-be Alia Bhatt currently enjoying the success of ‘Brahmastra’ with her husband Ranbir Kapoor. Without a doubt, the Ayan Mukerji directorial is one of the most anticipated films of 2022. Alia was recently spotted outside Karan Johar’s office in Bandra.

In the latest video, Alia Bhatt can be seen leaving Karan Johar’s Dharma production office in a car. As the paparazzi walk toward her car, the actress immediately lowers her car window and apologizes to the photographers. Alia says, ‘Sorry I could not walk.’ After this, she poses with a smile to the paparazzi.

In the clip, Alia is seen in a black bodycon dress with small hoop earrings and the glow of her pregnancy and the success of the film ‘Brahmastra’ can be seen.

Recently, her film ‘Brahmastra’ has been released. Alia is seen sharing the screen with her husband Ranbir Kapoor for the first time in this film and becomes a super hit at the box office. The film has crossed Rs 100 crore at the box office.

The film is directed by Ayan Mukerji and hit the theatres in four other languages – Tamil, Telugu, Kannada, and Malayalam. It also features Amitabh Bachchan, Mouni Roy, and Nagarjuna Akkineni in pivotal roles. Bollywood megastar Shah Rukh Khan also made a special appearance as ‘Vanar Astra.’

Alia Bhatt is also going to make her Hollywood debut soon. The actress has recently returned to India after finishing the shooting of her first Hollywood film ‘Heart of Stone’. Fans are eagerly waiting for this film of the actress.