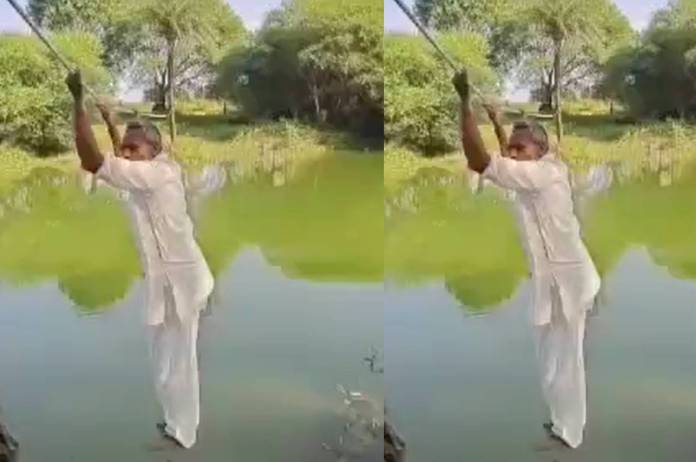 Sanwer (Madhya Pradesh): A farmer on Tuesday died after he fell right into the canal while crossing a bridge made of mere ropes in Silotiya village of Indore’s Sanwer district.

A video has surfaced on the internet where the farmers can be seen crossing a rope bridge putting their lives on sheer risk. A reporter from Newsclick Kashif Kakvi has shared a report covering the issue.

In the video, the villagers said that there is no safe and straight way to reach to their farms. However, a road that reaches their farm takes longer time than usual as they have to walk at least 6 kilo meters.

Owing to which, they are forced to take the dangerous route for past 15-20 years, said the Village Sarpanch.

The Sarpanch further complained that no construction work has been initiated till yet even though they have informed their MLA multiple times. They said the politicians only give assurance when the elections are around the corner.

Also Read: SHOCKING! GIRLFRIEND DIDN’T WANTED TO MARRY, SHE TOOK THIS STEP TO END THE RELATIONSHIP