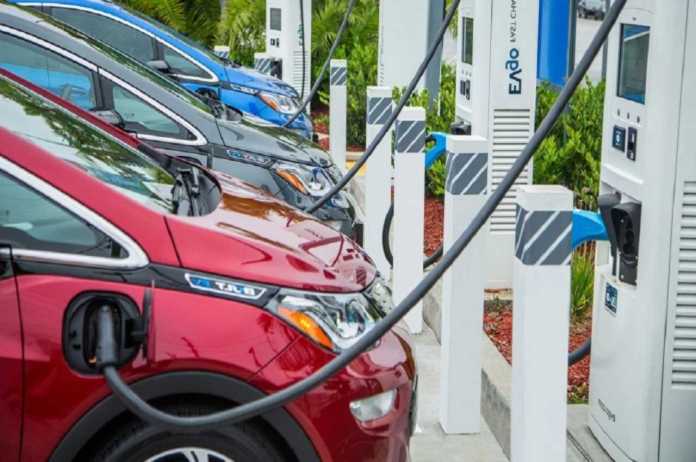 UP EV Policy: The Uttar Pradesh government, on Thursday, made an important decision at its cabinet meeting. A discount of up to one lakh rupees would be offered on the purchase of an electric car in the state under this arrangement. A policy has also been developed to promote electric vehicles in the state and related businesses.

The government has created a draft Electric Vehicle Policy 2022-2027 in order to transition the state to electric vehicles by 2030. More than Rs 50,000 crore in investment will be promoted, and more than a million people will gain directly and indirectly.

Also Read :- Keeway SR125 was launched at THIS price

This step will also contribute to environmental betterment

The primary goal of the EV strategy is to establish the state as a global manufacturing hub for electric vehicles, batteries, and other equipment. This measure is also being acknowledged as a significant step toward environmental betterment.

According to the state government, the purchase of two or four wheeler electric vehicles, e-buses in the state would result in a 15% direct rebate on manufacturing price (factory price) and a 100% discount on registration and road tax.

For next three years, 100% rebate on registration

Following the cabinet meeting, the state administration announced that electric vehicles will be exempt from registration and road tax for the first three years of the EV policy’s implementation.

Following that, a 50% reduction will be granted in the fourth and fifth years. The most essential aspect of the government’s decision is that a budget provision of Rs 100 crore would be made to exempt two lakh two-wheeler electric cars.

According to the policy, both rural and urban public transportation will be switched to EV. Green roads will be clearly indicated for their use. Aside from that, all government cars will be converted to EVs by 2030. Even now, numerous routes from towns to the countryside are served by e-buses.

Government employees will also be paid money up front to encourage them to purchase EVs. The government will soon launch the ‘Go Electric Abhiyan’ to promote this programme. To implement the EV policy, a 12-member empowered committee will be constituted.