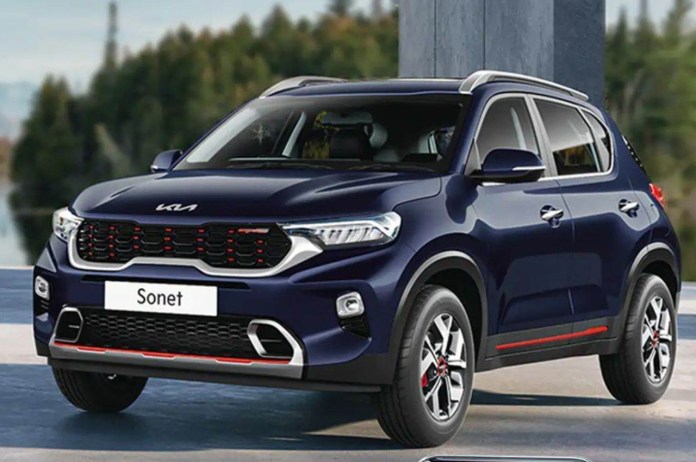 New Delhi: Kia recently launched the updated Seltos and Sonet in India. The 2022 Kia Sonet gets a host of features in the name of updates, including safety features like four airbags as standard. However, it seems that Kia is leaving no stone unturned to increase its sales. The Indian subsidiary of the South Korean carmaker has now started testing the CNG variant of the Sonet in the country.

The test mule that featured the GT and T-GDi badges will be powered by a 1.0-litre 3-cylinder turbocharged petrol engine. The Sonet CNG will be mated to a 6-speed manual gearbox. Its 1.0L turbo engine produces 118bhp and 172Nm of torque. There will be a slight drop in the power and torque output of the Sonet CNG. It will rival against the soon-to-be-launched new Maruti Brezza, which will also be offered with a factory-fitted CNG kit.

Coming to the look of the upcoming CNG car, at first glance it looks like a regular Sonnet, if you look closer you can see a prominent CNG sticker in it. The SUV also wears the GT Line badge which indicates that Kia is likely to offer a CNG option along with the 1.0-litre turbo petrol motor.

Notably, as there is no CNG sub-compact SUV on sale in India at the moment, we may soon see a lot of action from Tata Motors and Maruti Suzuki apart from Kia. If this vehicle of Kia is launched in CNG version then it is sure to sell in huge quantity.