Bring home Royal Enfield Bullet 350 by making down payment of Rs 9,000; Details inside 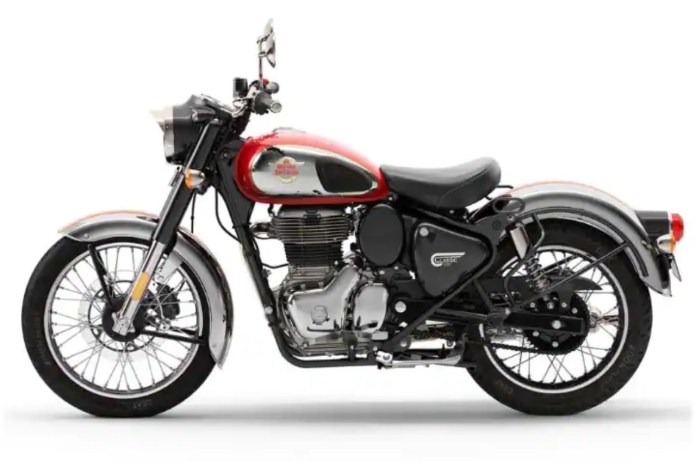 New Delhi: Two-wheeler manufacturer Royal Enfield is famous for its powerful motorcycles. The company sells maximum 350cc bikes in the country. Due to their retro design and great look, the company’s bikes are the first choice of millions of people and they are also sold in large numbers.

In terms of pricing, these bikes tend to be a bit expensive as compared to the regular motorcycles. Because of this, many people are not able to buy them even if they want. For such people, Royal Enfield has introduced a great offer, due to which now you can bring the new bullet home by paying only 9 thousand rupees.

How to get this offer

Actually, the company has introduced a finance scheme for its customers, according to which the facility of down payment and EMI is being given on various models of the company and in this the lowest down payment on Royal Enfield Bullet 350. Introduced, which can be purchased by making a down payment of just Rs.9000.

How much will it be?

Now for your information let us explain as an example that the kick start version of Bullet 350 on road price in Delhi is Rs 1,71,017 and if you choose this model by making a down payment of Rs 9000 then according to the online EMI calculator You will have to pay an EMI of about 5 thousand rupees every month for the next 3 years at an interest rate of 9.7 percent. With this, you can fulfill your hobby of taking your Royal Enfield bike even if the burden is collected on your pocket.

Royal Enfield has recently launched a new bike in the 350 cc segment, the Royal Enfield Hunter 350, which has been launched in two variants. Its starting price is around Rs 1.5 lakh and the top variant costs around 1.6. The Hunter 350 is the lightest bike of the company till date.