Hero Xpulse 200T 4V launched in India: All you need to know about 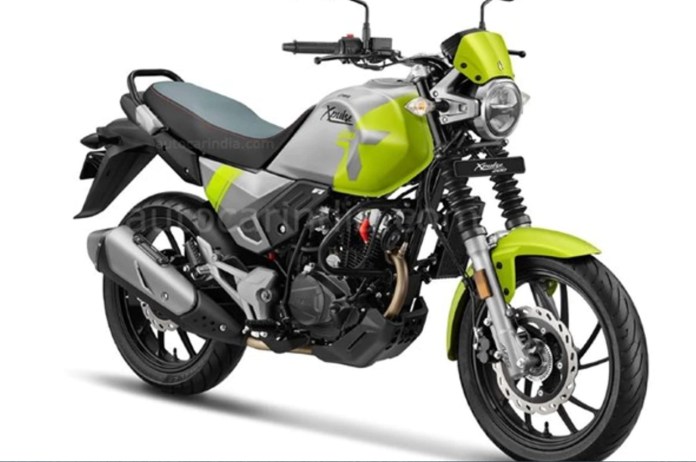 New Delhi: The country’s leading two-wheeler manufacturer Hero MotoCorp has launched its new bike XPulse 200T 4V in the country. The new model comes with a more advanced four-valve engine and some cosmetic changes. The ex-showroom price of this bike in Delhi is Rs.1,25,726.

Read More  –  HYUNDAI IONIQ 5 EV LAUNCHED IN INDIA: ALL YOU NEED TO KNOW ABOUT!

The company claims that this 4 valve oil-cooled engine improves the performance of the motorcycle at higher speeds. The new 5-speed gearbox unit gets an advanced gear ratio, which gives better tractive effort and acceleration. The bike has 37mm front forks and 7-step adjustable mono-shock suspension at the rear.

For braking duties, the new Hero XPulse 200T 4V gets 276mm front disc brake and 220mm rear disc brake along with single-channel ABS. 17-inch cast-alloy wheels have been given in Xpulse 200T 4V. Which gets 100/80 and 130/70 section tires at the front and rear respectively.

Along with this, it has been given smartphone connectivity, call alert, turn-by-turn navigation, under-seat USB charger, gear indicator and side-stand engine cut-off and a full digital LCD instrument cluster.

Will compete with Honda CB 200X