Hyundai Ioniq 5 EV launched in India: All you need to know about! 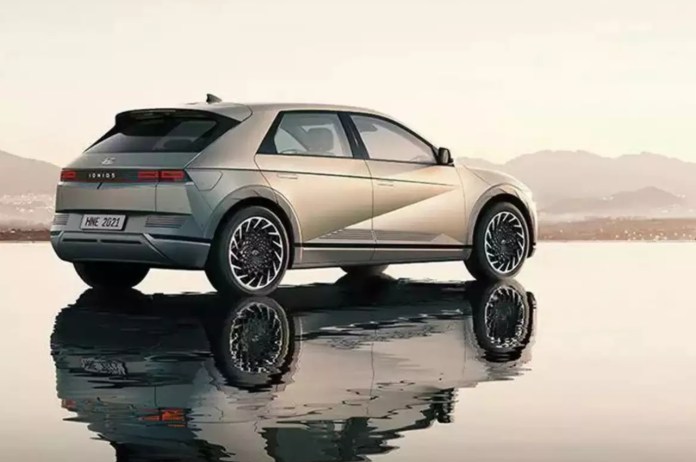 New Delhi: The country’s leading automobile manufacturer Hyundai is preparing to launch its electric car Ionic-5 soon. This electric car has been spotted several times during testing. According to estimates, the company can launch this electric car in the market by January 2023. The bookings for this car have been started. Its booking amount is one lakh rupees. It can be booked online through the company’s website.

Talking about the design of this car, this car of Hyundai has been seen many times during testing. The electric car looks futuristic with a new dashboard, gray interiors including a 2-spoke steering wheel, dual-screen setup, sharp lines in the SUV, hidden LED headlights on the front bumper, an attractive V-shape design, Day time running light (DRL) is also seen.

This Hyundai car model is based on the BEV architecture of the Electric-Global Modular Platform (E-GMP). Two battery options, 58kWh and 72.6kWh can be given in this car. This car can be offered with the ability to charge up to 80 percent in just 18 minutes. This car will be able to cover a distance of 481 km on a single charge. Apart from this, a single powerful battery of 77.4 kWh can also be given in this car.

This car can be launched in India with an updated variant. In which battery conditioning ie the ability to automatically balance the temperature of the battery will also be there. Apart from this, it will also get smart frequency dampers for improving rider comfort, body control, handling and rear-axle.

Read More  –  HERO XPULSE 200T 4V LAUNCHED IN INDIA: ALL YOU NEED TO KNOW ABOUT

Will be equipped with new features

The company has not given any official information about the price of this all-electric Ionic-5. But according to estimates, the initial price of this car can be around 30 to 40 lakh rupees.

In India, this Hyundai car will compete with the upcoming Tesla Model-3 and Model-Y, Ford Mustang Make-E and Volkswagen ID car.